RuPay Announced as Its Title Sponsor of Prime Volleyball League 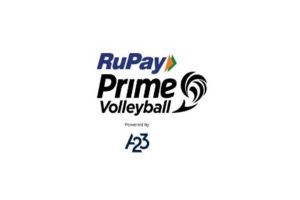 RuPay, the flagship product of the National Payments Corporation of India (NPCI), has signed on as the Prime Volleyball League’s main sponsor. RuPay has signed a three-year championship sponsorship deal with India’s newest franchise-based sports league, which is expected to begin in early 2022.

Calicut Heroes, Kochi Blue Spikers, Ahmedabad Defenders, Hyderabad Black Hawks, Chennai Blitz, Bengaluru Torpedoes, and Kolkata Thunderbolts are the seven franchises competing for the championship in the Prime Volleyball League. The competition will feature 24 games, with the Prime Volleyball League player auction taking place on December 14, 2021 in Kochi. The schedule for the upcoming season will be released shortly by the League.

Commenting on his thoughts, Mr. Rajeeth Pillai, Chief Relationship Management and Marketing, NPCI said, “We are absolutely delighted to associate with the Prime Volleyball League as the Title sponsor for three years. With RuPay, we are continuously innovating and powering the digital payments ecosystem in India. Similarly, we believe that Prime Volleyball League will certainly provide a bigger boost to the growth of the volleyball sport & players in our country and therefore we are excited to play our part in the evolution of volleyball in India.”

Speaking about the development, Tuhin Mishra, Co-Founder & MD, Baseline Ventures, said, “We are extremely delighted to welcome RuPay as the Title sponsor of Prime Volleyball. Volleyball is one of the biggest global sports and is hugely popular across the length and breadth of India. Volleyball as a sport is fast-paced, exciting and people from all walks of life play and have played the sport. This sport is a great connection for RuPay as it has so successfully connected the nation with its digital initiatives. RuPay has a strong global footprint as well.”

The Prime Volleyball League will be telecast on the Sony Pictures Network and is exclusively marketed by Baseline Ventures, the leading sports marketing firm in the nation. Gaming leaders A23 have signed on as “Powered By” sponsors in a multi-year deal.