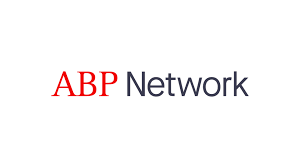 To mark the75thyear of Independence, ABP Network in collaboration with Robin Hood Army (RHA) – a volunteer-based, zero-funds organization, launch their national campaign #Mission28States. The initiative seeks to address the challenge of curbing hunger and ensuring every Indian is vaccinated at the pan-India level.

The campaign would focus on two social aspects: encouraging and prompting 1.5 Lakh Indians to get the COVID-19 vaccine and providing food to at least five million individuals impacted by the pandemic. Thousands of Robins will carry out this movement across India’s twenty-eight states.

The second wave of COVID- 19 exacerbated hunger and poverty throughout the world, trapping millions of people in a never-ending cycle of food insecurity. To counter this threat, ABP Network and Robin Hood Army have vowed to work together to improve the situation. Through this collaboration, ABP Network will be able to help millions of citizens who have least access to basic necessities of life. As a result, the initiative will be promoted across ABP Network’s news channels and digital platforms.

Speaking on the Occasion Avinash Pandey, CEO, ABP Network, said, “We’re honored to work with the Robin Hood Army, on their new initiative #Mission28States, in the fight against COVID-19. This effort acts as a reminder that in the face of hardship, humanity wins. During this difficult time, we are supporting this initiative to spread compassion and provide help to those affected due to the pandemic. I’m hopeful that more individuals and groups will join us in this fight.”

Elaborating on the launch, Abhijit Bose, Head of WhatsApp India, said, “WhatsApp has been an integral medium for civic actors like Robin Hood Army, to reach Covid-19 relief efforts to people, at scale. In line with WhatsApp’s vision for India, to contribute meaningfully and build solutions were needed the most, we are inspired to support Robin Hood Army further by powering a WhatsApp chatbot solution that helps to solicit volunteers for #mission28states, that is aimed at bringing relief to the impacted communities during this unprecedented pandemic.”

Speaking further on the campaign, Prabhjeet Singh, President, Uber India, and South Asia, said, “We’re thrilled to be joining forces with our valued partner, the Robin Hood Army, for supporting the #mission28states campaign. It will be an honor for us to join the war against Covid across India. At Uber, we are committed to ensuring mobility is not a barrier to timely vaccination of the underserved communities and for fighting crippling hunger amidst those, worst impacted by the pandemic. Working together, we can help our communities to recover faster and reboot the economy.”

Prior to this campaign, Robin Hood Army partnered with ABP Network on a number of initiatives, the most recent of which being the #SeniorPatrol campaign in March 2021, which enabled thousands of Robins to help fast-track the vaccination of millions of elderly persons in India.