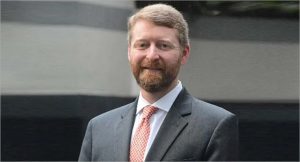 Commenting on the appointment, Santrupt Misra, Group Director, Carbon Black; Director, Chemicals; and Director, Group HR of  Aditya Birla Group said, “Birla Carbon has been on a transformation journey for the last few years and John has played a pivotal role in leading this change. His deep insights into workings of global business and understanding of the Carbon Black business and its customers make him most suited to lead Birla Carbon through the next stage of its growth, premised on innovation and purpose. I wish John all success in this endeavor.”

In his previous role of Chief Operating Officer (COO), Loudermilk played a key part in shaping the Vision of Birla Carbon to be the most respected, dynamic and sustainable global carbon black manufacturer through increased focus on customers and innovation in a manner that is consistent with the company’s Purpose to “Share the Strength”.  He has been instrumental in leading the company through many of its recent initiatives, including the launch of the CONTINUATM brand of sustainable carbonaceous materials and remains focused on operational excellence as an important part of the company’s future success.

Loudermilk is a seasoned leader in the chemicals industry with more than 30 years of experience, including 16 years in the carbon black business and over ten years with the Aditya Birla Group. He joined the carbon black business as Director, Global Operations, in 2005. In 2008, he was appointed Vice President, Global Operations, with the responsibility for global manufacturing facilities, corporate engineering, quality, and six-sigma. He also took over the responsibility for the North America business as Regional President and led the Technology and Strategy efforts. In 2016, Mr. Loudermilk assumed additional responsibility as President of the Europe and Africa region and in 2017 was appointed COO.

Loudermilk holds a Bachelor of Science degree in Chemical Engineering from the University of Tennessee at Chattanooga.