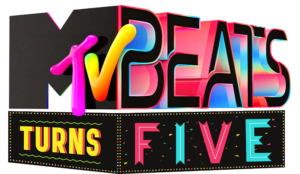 India’s No. 1 contemporary Hindi music channel, MTV Beats, ends 2021 on a high note, as it completes five years of entertaining its audience with engaging programming and exciting innovations. The ultimate destination for music aficionados, MTV Beats has been the perfect excuse to dance and party for half a decade now. To celebrate this loyalty and love of music lovers, close on the heels of celebrating its 5th anniversary this December, MTV Beats, under its month long interactive campaign, MTV Beats Turns 5, has launched a symphony of contests with a silver lining of exciting prizes. Hosted by singer and pop icon Dhvani Bhanushali, the channel is giving away 62 prizes along with 5 bumper prizes.

In a tough year like this, when music turned out to be one of the most powerful escapes, MTV Beats’ innovative programming led the channel to maintain its No.1 position in the genre consistently enjoying an average weekly time spent of 28 minutes per viewer. Consolidating its position further, the channel garnered a total of 370 million viewers along with a total of more than 120 billion viewing minutes, further improving its genre share to 21% as compared to 17% the previous year.

To ensure refreshing content throughout this year, the channel even figured out innovative ways of revamping some of their existing shows by going remote with zoom call shoots and phone based footage, some shot by Artists themselves. The cherry on top was the popular show ‘Dil Beats Lockdown Love’ which witnessed a cumulative reach of 38.7 million viewers with a total of more than three lakh viewing minutes. With a unique growth story throughout the pandemic, MTV Beats truly beat the drum for the universal magic of music and became the go-to destination for Hindi music.

In a constant endeavour to dominate the category with innovative IPs such as ‘MTV Beats Teri Meri Baatein’, ‘MTV Beats Artist of the Month’, ‘MTV Beats Most Searched’ and ‘World Music Day LIFT UP’, the channel continues to address the ever evolving entertainment needs of its audiences, and offer a slew of robust content pieces across an array of genres.

Commenting on the successful completion of 5 years, Anshul Ailawadi, Head, Youth Music and English Entertainment, Viacom18, said, “MTV Beats’ journey has been exciting and exhilarating. Since its launch in 2016, the channel has demonstrated growth in the Hindi music genre by diving deep into consumer insights and upscaling its content to cater to its viewers. In the last one year, with realities changing daily, we have managed to keep our audiences thoroughly engaged with unique and original programming initiatives. Right from organizing World Music Day LIFT UP to curating unique shows such as MTV Beats Teri Meri Baatein, the channel has bought a refreshing outlook to the category. With robust content plans, MTV Beats has strongly led the category with its innovations during the pandemic. The response received from our viewers is also a testimony of their affinity towards the brand. We are motivated to carry on the legacy of curating unique content as a way forward for the brand to remain as the ‘ultimate Hindi music entertainment destination’.”

December is all set to sparkle with amazing prizes and a month full of awesome music and fun contests, with MTV Beats Birthday Carnival. So give us a High Five, kyunki MTV Beats Turns 5!