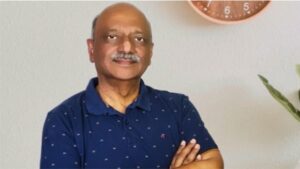 Rajendra was responsible in getting the coveted Bharti group business to Rediffusion during his previous stay there. He was a member of the Airtel launch team in 1995. Rajendra has led successful pitches to bring in Casio, Sony, Panasonic, and others.

In his earlier tenure at Rediffusion, Rajendra was instrumental in bringing the coveted Bharti group business to the agency. He was part of the team that launched Airtel in 1995. During his previous stint, Rajendra led successful pitches to bring in Casio, Sony, Panasonic, Canon, Atlas cycles, Singer sewing machines, BPL, and many more accounts to the agency.

“Rajendra is special. He is also Rediffusion’s lucky mascot for new business and new horizons. He combines the aggressiveness of a good salesman with very good understanding of technology. And over the years he has become an excellent advertising professional. Such a combination of virtues and talent is rare,” says Dr. Sandeep Goyal, Managing Director of Rediffusion.

“Rediffusion is my home. I have had some of my biggest professional success and victories here. I hope that track record remains intact and unblemished in this innings too,” adds Rajendra Gupta.

Rajendra had worked at Dunlop and Wipro before joining Rediffusion in the mid ’90s. He was seconded to Bharti twice by Rediffusion – first to Airtel Delhi and then to Bharti Madhya Pradesh to work as an expert implant in then growing, new company. Rajendra has also worked in telecom with Reliance for over a decade.