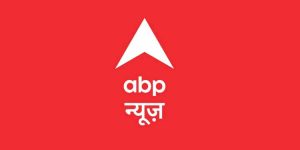 ABP News’ Shikhar Sammelan is the first major political conclave taking place in the state of Punjab ahead of the upcoming assembly elections in Punjab. This summit provides a platform where leaders from all major political parties feature in engaging discussions on the issues facing the state.

The summit, that took place in Chandigarh, focuses on the state&#39;s changing political landscape, recent farmer protests, developmental issues, and the assembly elections strategy of political parties in light of the COVID 19 pandemic.

Commenting on the significance of the summit, CEO of ABP Network, Mr. Avinash Pandey said “ABP News has once again taken the lead in providing its viewers with a state of the art platform where leaders and eminent personalities from poll bound state of Punjab express their views on pressing issues. The backdrop of this ‘Shikhar Sammelan’ is in the midst of a charged up political atmosphere in the state where existing equations have been dynamic and the months leading up to the elections promises to throw many unique twists and turns. The stimulating debates held during the Sammelan will be crucial in allowing people to make well-informed decisions ahead of the assembly elections. Similarly, it has provided the leaders with the necessary platform to communicate with their voters and strengthen their bonds with them.”

Shikhar Sammelan is a platform that allows the government and the opposition to discuss the pertinent issues of a state. Through this summit, ABP News aims to help the audience better understand the way forward laid down by the parties ahead of the elections.