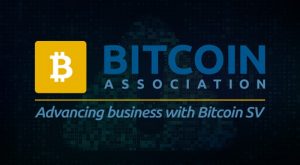 Bitcoin Association, the Switzerland-based global industry organisation that works to advance business with the Bitcoin SV (BSV) blockchain and digital currency, today announces that it has appointed Francesco Morello as Bitcoin Association Ambassador for the Italian community as part of its global ambassador programme.

Bitcoin Association Ambassadors are experienced professionals from the BSV ecosystem who work to raise awareness and improve understanding of the BSV blockchain and digital currency, as well as the power of the original Bitcoin protocol to support a massively scaled distributed data network for both peer-to-peer electronic cash payments and enterprise-grade blockchain applications. With the addition of Morello, there are now 25 Bitcoin Association Ambassadors representing 26 different countries, territories and communities.

Morello is best known in the blockchain space as the creator of BullishArt – a curated platform for artists to create non-fungible tokens (NFTs) based upon their contemporary art. A Sicily, Italy native, Morello relocated to Seoul, South Korea in 2006, where he has been an active member of both the Italian and blockchain communities.

A long-time supporter of Bitcoin SV, Morello helped to organise and run South Korea’s first BSV meetup – held before the CoinGeek Seoul conference in October 2019. He has also worked to roll out an increasingly diverse set of Italian-language BSV education and learning materials.

Commenting on today’s announcement, Bitcoin Association Founding President Jimmy Nguyen, said:”As global interest and demand in BSV continues to grow, so too must our global ambassador programme to support more languages and communities. The great work that Francesco Morello has been doing to generate interest in BSV-based NFTs with his BullishArt platform, in addition to his efforts to grow the Italian-language BSV community make him an ideal candidate to become a Bitcoin Association Ambassador. I look forward to working with him on our ever-increasing agenda of international outreach and community development centred around the BSV blockchain.”

Speaking on his appointment as Bitcoin Association Ambassador for the Italian community, Francesco Morello said:”It is an honour to be appointed a Bitcoin Association Ambassador to the Italian community. The Italian community is underrepresented in the digital asset space, part of which can be attributed to a general reluctance around new technologies – a factor not helped by a distinct lack of Italian-language content and representatives. In my new role, I look forward to opening the eyes of people in the Italian community about the power of Bitcoin; there are so many brilliant minds who, once they understand the potential and opportunities apparent with BSV, will join us on our journey to change the world by learning, building and working with the BSV blockchain.“