Sanjay Manjrekar reckons that the New Zealand cricketers will be more suited to the weather and seaming pitches in Southampton than the Indians when they play the ICC World Test Championship at the Rose Bowl from June 18. 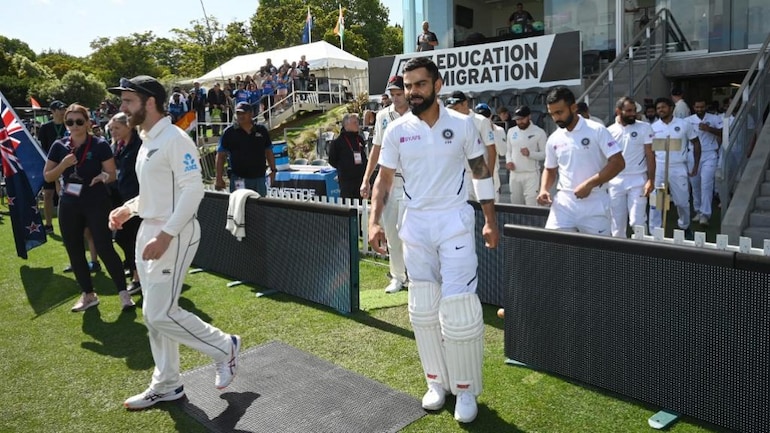 Former cricketer Sanjay Manjrekar feels New Zealand hold a slight advantage over India ahead of their ICC World Test Championship title clash due to the familiar conditions in Southampton.

The two teams will face each other in the WTC final at the Rose Bowl from June 18 and Manjrekar reckons that the New Zealand cricketers will be more suited to the weather and seaming pitches in England than the Indians.

“To summarise based on just weather and pitch conditions, NZ may have a slight edge at Southampton; they are just a little more at home than India and have players, especially bowlers, naturally suited to exploit such conditions.

“Indian bowling is efficient, but in NZ they paid a heavy price for hitting the deck too much and not bowling the ball full and getting it to swing like the Kiwi bowlers did,” Manjrekar wrote on his column for the Hindustan Times.

“If the World Test Championship final is held in India, New Zealand would be sent packing by the hosts inside three days, but that it’s going to be played in England, and that too in the first half of the English summer, makes NZ a much bigger hurdle for India to cross to win the WTC,” Manjrekar wrote in his column for the Hindustan Times.

KOHLI AND PANT THE GAME-CHANGERS

Manjrekar also highlighted the roles that every batsmen in the Indian team will have to essay when they take on Kane Williamson’s side.

“Rohit Sharma will have to change his instinct and character as a batsman to succeed, unless the sun is out all the time. This will be a biggest test for Rohit Sharma the Test opener.

“Word spreads quickly and NZ bowlers would know the place to bowl to Shubman Gill is on good length outside off, hopefully he has worked on his technique. Pujara remains India’s ‘warranty’ if things start falling apart while Virat will be India’s game changer with the bat.

“Rahane would be hit and miss like he has been for a few seasons now. Let’s see if India are impressed enough with Hanuma Vihari’s defiant game last he played for India to give him a Test place straightaway.

“Game changer No. 2 with the bat will be Rishabh Pant. The number that he bats at, if NZ think they are through with the Indian batting after picking the top 5 they would have made the biggest mistake that could cost them the game,” Manjrekar wrote.