Xinjiang in far western China had the sharpest known decline in birthrates between 2017 and 2019 of any territory in recent history, according to a new analysis by an Australian think tank.

The report from the Australian Strategy Policy Institute obtained exclusively ahead of publication by The Associated Press, showed the 48.74% decline was concentrated in areas with many Uighurs, Kazakhs and other largely Muslim ethnic minorities, based on the Chinese government statistics over nearly a decade.

Birth rates in largely minority counties fell 43.7% between 2017 and 2018 alone, with over 160,000 fewer babies born. That compares to a slight increase in births in counties populated mostly by China’s Han majority.

Such an extreme drop in birthrates is unprecedented in the 71 years since the United Nations began collecting global fertility statistics, beating out even declines during the Syrian civil war and the genocides in Rwanda and Cambodia, said Nathan Ruser, an ASPI researcher and co-author of the report.

“As far as it’s possible to find out, it is by far the largest drop there is,” Ruser said. “It makes you realize the scale of these family planning policies and the scale of this crackdown, the scale of societal control that authorities are looking for.”

The ASPI report corroborates an AP story and a report by German researcher Adrian Zenz last year that found the Chinese government was systemically slashing Uighurbirthrates with sterilizations, abortions and intrauterine devices, and fining and detaining people with three or more children. The Chinese Foreign Ministry and the Xinjiang government did not immediately respond to a request for comment. However, Zenz and ASPI have come under increasing attack from Beijing, which points to their funding from the governments of the US and other Western countries to discredit them. The AP confirmed many of the figures were based on Chinese government statistics.

Over the past four years, the Chinese authorities have carried out a brutal campaign of forced assimilation targeting the Uighurs, an ethnic Turkic minority native to Xinjiang. Officials cracked down after a series of bombings and knife attacks by separatist Uighurs, sweeping a million or more people into a network of newly built camps and prisons. The crackdown has triggered sanctions from the West, and on Wednesday a group of Western countries are slated to hold a UN event on China’s repression of the Uighurs.

Eysa Imin, an Uighurfrom Korla in the centre of Xinjiang, recalled eight people in his neighbourhood detained for having too many children. When he himself was thrown in a detention centre in 2017, he ended up sharing a cell with an old schoolmate who had been arrested, tortured and interrogated for having four children.

“When they arrested him, they said it was a sign of extremism,” Imin said. “The government started connecting having many children with Islamic extremism. … It feels like they want to eliminate us.”

Experts note that the tightening of birth control measures must be understood in the broader context of fear that’s pervasive among Xinjiang’s minorities.

“Just for self-survival, you’re going to publicly complain, for fear that you or your family might be detained,” said Timothy Grose, a professor specializing in Xinjiang at the Rose-Hulman Institute of Technology in Indiana. “Any sign of resistance could get you sent to reeducation.” 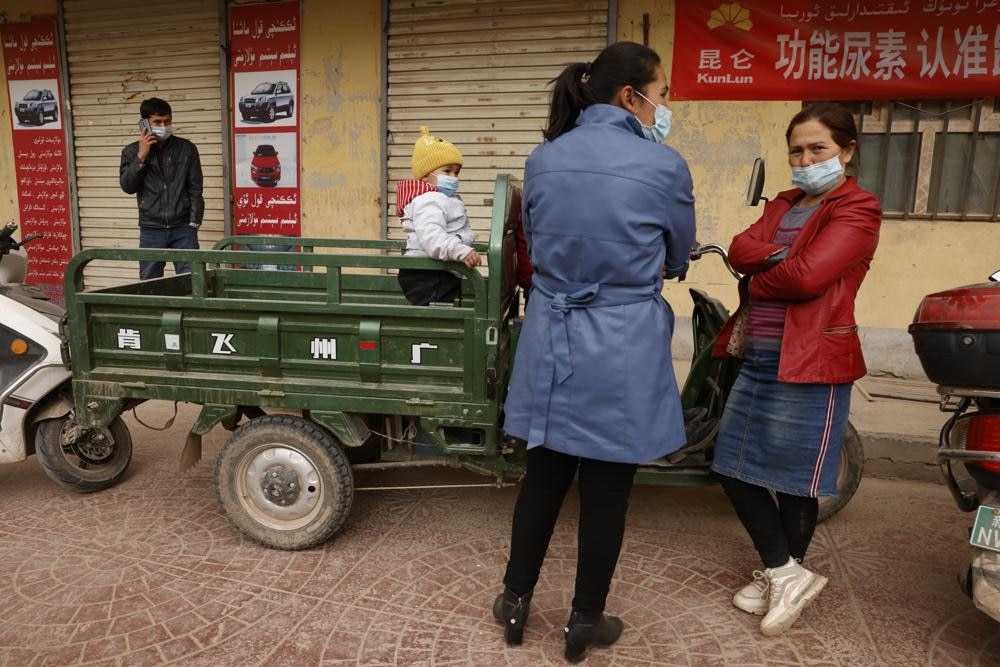 For decades, China had one of the most extensive systems of minority preferential treatment in the world, including hiring quotas and extra points on college entrance exams. The government also allowed ethnic minorities two or three children, even as it restricted its Han majority to just one child.

Such benefits have been rolled back and even reversed under President Xi Jinping, China’s most authoritarian leader in decades. State-backed scholars began calling on the government to crack down on large religious minority families, calling them breeding grounds for terrorism and extremism. In April 2017, Xinjiang’s top official called for the “effective containment of illegal births” specifically in southern Xinjiang, where most Uighurs live.

In the eyes of Chinese officials, the current measures taken are simply “correcting” lax birth controls for minorities. The government has repeatedly said that abortions, sterilizations and IUD insertions in Xinjiang are voluntary, and on paper, both Han Chinese and Uighurs can have two children.

However, in practice, minorities appear to be singled out and targeted for especially draconian birth control measures, the report said. Birth rates in heavily minority counties fell by nearly two thirds since the new measures were implemented, the analysis shows, while Han Chinese counties saw much milder declines in line with the rest of China. Han-majority districts in Xinjiang’s capital, Urumqi, even saw booming birthrates.

The recent two-year decline in birth rates in Xinjiang is far larger than that of China over the entire 36-year length of the ‘one child’ policy, under which Han Chinese were subject to stricter birth restrictions, Ruser noted. ASPI also unearthed government notices showing that Xinjiang officials are being given quotas to lower birth rates, with punishments meted out to those who failed to meet family planning targets. A target set in one heavily Uighur county is lower than the birthrate of South Korea, the lowest in the world.

The crackdown comes even as Chinese officials mull lifting restrictions on births nationwide. On Tuesday, officials announced that China’s population has barely grown over the past decade, fueling fears that the country faces a “demographic time bomb.”

The report also found that about half of Xinjiang’s 106 county-level administrative units have not published birthrate figures for 2019, though they should have been published last year.

“These statistics have become politically problematic,” Ruser said. “It’s easier to simply not publish the data.”