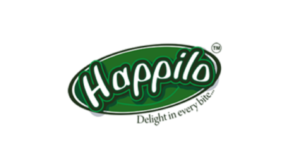 Mashal Sports was created by Anand Mahindra and Charu Sharma with a simple vision to elaborate Kabaddi as a prestigious sport amongst its Indian audience. The duo was successful in achieving this when STAR India, which is an International Broadcasting giant, backed them up.

Ever since Vivo Pro Kabaddi League’s launch in 2014, the sport has earned aspirational value and has proven to be a successful and viable career option for many. Today one can see unprecedented participation in the sport from different parts of the globe.

Haryana Steelers, owned by JSW Sports is rooted firmly in Haryana and coached by Rakesh Kumar. The team is backed by India’s foremost sports firm that had also mentored India’s finest athletes and has also gotten into a recent association with India’s prominent D2C brand in Dried Fruits, Nuts, and Seeds, Happilo India.

Haryana Steelers will conduct its first match on 23rd December against Patna Pirate after which they will face Jaipur Pink Panthers on the 25th of December. On 28th December, the team will play against Telugu Titans and finish with their final match of the month on 30th December against Bengaluru Bulls.

Interestingly enough, Haryana Steelers won’t be the first sports team the healthy snacking brand has associated itself with. Happilo recently associated with renowned racer, Sahil Shelar, who participated in the 12th Edition of MRF MMSC Volkswagen Polo National Championship that was hosted in Chennai on 11th and 12th December, 2021.

Happilo is marking its 5 years in the industry by associating itself with multiple industry bodies. The brand is also introducing new products in the market for its new and existing customers and has a line of activities planned for the coming year. The brand has a stronger vision proposed for the coming year and is excited to share the same with its existing and new audience.

“To me, business was never about buying and selling or making a profit, I have always believed in delivering quality and have worked towards delivering snacks that were not only healthy, but also tasty. This year Happilo completes 5 years and will end the year on a high note! Our consumers have been very supportive and to celebrate their belief in us, we will bring in new products and will continue to deliver the quality our customers deserve.” –Vikas D. Nahar, Founder of Happilo.

“Today with over 100 items, channel partners, and multiple affiliations, Happilo has become the most searched brand on Google and the E-Commerce Industry. We are expecting a business of 300 Cr in the year 2021-22, the same year where Happilo completed 5 years of glory. Today, you can find Happilo products in over 10,000 (Ten Thousand) modern Trade & Self Service Supermarkets and Retail Outlets including Nykaa, Udaan, Milkbasket, Snapdeal, Cora Health, Instamart, Supr Daily, and so on. The vision is to build our D2C stronger and grow to 50,000 (Fifty Thousand) market places in the coming 8 months.” –Rajiv Singh, Head Brand Marketing & Strategic Alliances at Happilo International Private Limited.

The Vivo Pro Kabaddi League is scheduled from 22nd December, 2021 to 22nd February, 2022 in Bangalore in the presence of various Media and Industry Bodies and Sports Personalities. The event will adhere to all Covid necessary safety precautions and safety guidelines and will be played in its truest spirits.