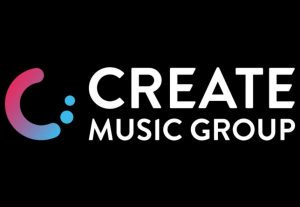 Create Music Group, the fastest-growing privately held music and media company in the U.S., announced today that they will dramatically expand their global footprint with the acquisition of Nirvana Digital, a Mumbai-based company that is one of the largest YouTube Enterprise partners in India. The company has acquired a 100 percent stake in Nirvana Digital to strengthen its offerings to a larger and wider audience, worldwide.

As part of the acquisition, Nirvana Digital co-founders Manu Kaushish and Pinakin Thakkar have been named President, Create Music Group India and Chief Operating Officer, Create Music Group India, respectively. Nirvana Digitalserves over 20billion minutes of video each month and has a subscriber base north of 200 million. It provides monetization, distribution and rights management services to artists, labels, film and television and other content owners including one of the largest Spiritual Organizations in the world – The Art of Living, Rap/Hip Hop superstar – Bohemia and Regional Music Powerhouses – Vats Records and Team Films.

Together, the two companies now exceed 25 billion streams per month, making Create one of the world’s largest media companies by viewership.

This is the first of a planned $50 million investment Create Music Group is making in India and the broader region in Asia over the next few years.The market potential for online music and media in India is staggering – more than 50% of India’s 1.3 billion population is under the age of 25 and more than 94% of online consumers in India listen to music. As wireless coverage and data consumption becomes more prevalent, those metrics are set to grow even more.

Established in 2015, Create Music Group, is a data-driven media and technology company focused on empowering artists and creators. It handles the content and monetization strategies for some of the biggest artists and record labels in the world including J Lo, Deadmau5 and Tory Lanez. Create’s technology platforms are utilized on the enterprise level by major record label groups, and they have built a powerful advertising platform that leverages the billions of streams they manage each month on YouTube for a wide variety of global brands. Additionally, the company has made substantial investments in content properties on platforms such as Instagram and TikTok, where they own the largest non-influencer brand, Flighthouse which has more than 28 million followers.

“India is without a doubt one of the most exciting growth territories in the global music and media market,” said Create Founder and CEO, Jonathan Strauss. “We’ve been looking for the right way to build our business in India for some time now, and after being introduced to the Nirvana Digital’s co-founders and seeing the parallels between our two companies, we felt the right move was to acquire them and supercharge our entry into India with one of its most forward-thinking new media companies.”

“Create works with the most recognizable artists and record labels in the world,” said Manu Kaushish, Co-Founder, Nirvana Digital, who is based in San Francisco. “Create’s relationships, technology and capital will help us fuel growth for Indian artists and record labels who will gain access to a global distribution and monetization on major platforms including iTunes, Spotify, Amazon Music as well as Indian platforms like JioSaavn and Gaana.”

Pinakin Thakkar, Co-Founder, Nirvana Digital commented, “We are glad to join hands with Create and enter into the next phase of our growth with such a strong global leadership. This deal opens the doors for Create’s U.S. clients to access India’s market of nearly 700 million young peopleand bring Create’s globally recognized brands including Flighthouse, which is the most followed creator channel on TikTok, to India. We look forward to our journey with Create.”

Manu Kaushish has more than 20 years of experience in entertainment and technology, founding two digital media companies and working on the first Indian music content deals for Real Networks and Apple iTunes, the first monetized Bollywood channel on YouTube and the first Bollywood SVOD Channel on U.S Cable.  Pinakin Thakkar, who is based in Mumbai, has worked in the advertising and technology space for over 15 years, including at such companies as Percept Holdings and Ogilvy and Mather and has deep connections in the media industry in India.