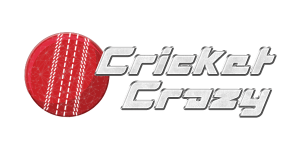 CricketCrazy is the world’s first NFT exclusive marketplace for Cricket Collectibles and built on the Cricket Network. Within a month of launch, the platform has registered over 75,000 signups with over 2000 NFTs sold, which were part of the initial limited release. The growing community of active Users and Fans have been eagerly waiting for games and contests.

This week, the platform announced the launch of ‘ CricketCrazy Games – Challenges’. Challenges are a new way of winning rewards by playing virtual games and participating in contests within the CricketCrazy ecosystem. This has been curated especially in anticipation of the Men’s T20 Cricket World Cup, which is expected to provide a big boost to the platform.

Pruthvi Rao, Co-founder said – “Challenges provide a fantastic opportunity for Cricket Fans to engage and win rewards with the NFTs that they buy. These are a wide variety of games, some virtual and some linked to real world events, and are created with the inputs from the cricket community.”

Along with the launch of Challenges, the platform is also announcing the launch of the next set of 100 unique NFTs, which will be used for the upcoming challenges. These NFT drops will start on Saturday – 23rd Oct 2021 coinciding with the T20 Cricket Super 12 matches.

There are many gamification, eSports and contest ideas submitted by the community, which are converted into Challenges to be launched shortly. For instance, there is ‘Winner Winner’ – which is a form of fantasy cricket where a fan can build a winning team for the world cup, ‘Cricket Bingo’ – a bingo with Cricket NFTs where every time a listed event occurs the rewards increase, ‘Double Century’ – a chance to win twice the rewards if there is a century in a game, etc. Some of the challenges even provide a chance to win upto 100X as rewards of the NFT purchased, with most challenges generating at least 1.5X in value of the NFTs.

The platform creates a whole new way of gaming. All that one has to do to participate in any Challenge is to simply purchase an NFT on CricketCrazy.io that they think will win the challenge. If the conditions of the challenge are met, the participant is automatically given rewards. Once the reward is received, the NFT can then be sold on the platform to someone else, who may want the NFT for a challenge that they are participating in.

The first two challenges announced as a pilot launch – ‘Beginner’s Luck’ and ‘My First Team’, garnered about 2000 participants, who won as rewards a combined total of about 30,000 CRIC (Cricket’s token).

“CricketCrazy.io is growing by participation from the community. All Cricket lovers are welcome to join the movement, participate in the exciting features and contribute to the success of the platform which is built ‘of the cricket fans, by the fans and for the fans,’’ added Atul Srivastava, Co-founder.