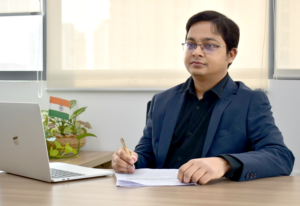 Witzeal, one of India’s most rapidly expanding new-age gaming technology companies, has successfully surpassed more than 30 million registered users and reached a new milestone by surpassing INR 2 billion in revenue. Today, Witzeal is amongst the top five RMG platforms that curates, innovates and introduces new-age, tech driven skill games which are at par with the global industry standards.

The online gaming industry has witnessed a whirlwind rise in recent years powered by a youthful and tech-savvy populace, affordable accessibility of smartphones, better internet availability, and overall technological evolution. Poised to grow further, the online gaming community is expected to grow to 510 million by 2025 and the industry will be worth $ 3 billion in the same time period. The gaming companies today, are entertaining all, through personalised content, engaging social experiences and innovative gameplays.

Ever since Witzeal began its operations, the platform has witnessed a positive growth especially in the casual skill gaming segment. The booming online gaming market has also contributed to Witzeal’s growth. Additionally, Witzeal has all the games developed in-house which increases the credibility of the games and the trust of users as a result of enhanced security and gaming experience. The company currently has more than 17 games in its portfolio, clocking in more than 1 million active users monthly.

Sharing his views on reaching this milestone,  Ankur Singh, Founder & CEO, Witzeal Technologies, said, “We are excited and elated to be a part of such a flourishing industry. Our days are filled with constant motivation to develop more innovative gaming experiences for our users. The incorporation of technology and the provision of a distinctive user experience has been one of the major factors in our expansion. I’m extremely grateful for the team that works on helping Witzeal reach where it is. We had a strong finish to the year as we surpassed INR 2 billion in annual revenue and achieved 44% year-over-year growth in the last quarter. Going forward, we aim to strive tirelessly to innovate and give our users an experience like never before and also eye global expansions.”

Witzeal forayed into RMG segment with “BigCash” in 2017.  The platform has more than17 in-house developed games and it uses behavioural science, technology and Artificial Intelligence to provide exceptional game playing experiences across its platforms. Most of Witzeal’s userbase is from tier II and tier III cities and the company aims to target users across urban and rural population.

“India boasts of being home to the second-largest gaming market across the globe and has an annual growth rate of 38%. Leveraging this growth, Witzeal is aiming to develop more revolutionary games in-house. Our live video feature is preferred by majority of users, as it not only helps the users to connect with each other but also socialise and build a community. We continue to remain profitable driven by this fundamental growth. Having said that, we are hoping that the industry soon adopts a fair regulatory oversight so that there is enough room for the different operators to flourish.” He added.

Witzeal also recently launched ‘Fast Ludo’, the traditional game of Ludo but with a twist. ‘Fast Ludo’ eliminates dice rolling concept and gives its players equal opportunities to win further magnifies player engagement. The game finishes in less than 120 seconds. Apart from this, Witzeal has recently, launched ‘Gaming Subscription Model’ to multi-fold the overall gaming experience for a diverse set of users. This subscription model allows users to subscribe to the platform and avail special benefits and offers. Apart from this, Witzeal also recently introduced a new feature called ‘Jackpot’ for its loyal users with an idea of rewarding the loyal users to win more.  As a user one is given a set of targets to complete and upon completing each target, the user is given a jackpot ticket with a chance to win up to INR 25 million.