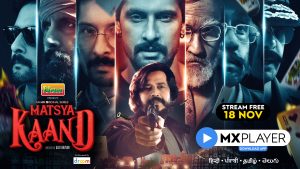 India is a country that has a long history of con men or artists, as they like to be called. These rare breed of crooks called ‘thought criminals’ do not need a gun or weapons to rob people of their cash or stickup a shop. They simply plan the job to perfection, deceive the public, cast the net to reel in their prey and then Poof! they vanish from the scene of crime and move onto their next job.

We’ve heard stories of how the iconic Taj Mahal was “sold” but now, MX Player is all set to bring viewers the story of an honourable con artist – Matsya Thada (Ravii Dubey) who conducts his kaand with aptitude, intelligence, and charm rather than using his brawn. Notorious to have pulled off the most unique and biggest cons across the country, he always manages to slip past the cops as he moves from one job to the next.

But fate throws him a new curveball when ACP Tejraj Singh (Ravi Kishan) is given the charge of Matsya’s case and wants to apprehend him at any cost. A cunning, ruthless and focused cop – ACP Tejraj’s biggest strength is that he can think just like his targets and he doesn’t fear going against the system to justify a means to the end. What follows is a cat and mouse chase with Matsya challenging ACP Tejraj to catch him if he can, making this an entertainment potboiler to watch out for.

Speaking about the same, Ravii Dubey said, “A master of disguise, a charmer, and a smooth talker with a sharp brain –the journey of playing the genius conman Matsyahas been exhilarating. This one show had me essay so many layered roles and truly challenged me as an actor, making me test my own versatility. I really hope that this complex character strikes a chord with audiences across the nation and I can promise you this narrative will keep you hooked to you screens.”

Ravi Kishan further added saying, “Matsya Kaand is different, it’s intelligent, its twists and turns will keep you at the edge of your seat and it’s the kind of series that will keep surprising you. My character ACP Tejraj has a streak of stubbornness and the drive to complete what he has started, these are traits that I can empathise with. I’ve always enjoyed watching a good con-thriller and this is a genre that is lesser explored in the web series ecosystem so I’m glad to be a part of something fresh on OTT.”

Spread across Delhi, Meerut, Sambhar and Jaipur – Matsya Kaand is the first web series in a thriller-con genre to be produced on Indian OTT. This 11 episodic series is all about resourcefulness, planning, presence of mind, and thinking on your feet. As the story proceeds, the use of disguise, technical know-how, and networking advances comes to the fore and highlights how Matsyapulls off cons in a modern world.

The series stars Piyush Mishra, Zoya Afroz, Madhur Mittal, Rajesh Sharma and Naved Aslam amongst others in key roles and is directed by Ajay Bhuyan. Filled with action, comedy, thrill, and the glamour factor, the trailerwill leave you wanting to know who emerges victorious in this cat and mouse chase. Will Matsya be able to pull off his ultimate KAAND or will he be brought down by ACP Tejraj?

Stream all episodes of this intriguing con thriller starting 18th November, for FREE exclusively on MX Player. Viewers can also binge this series ad-free by updating their app and subscribing to MX Gold (the platform’s subscription VOD service) for less than Rs1/day. 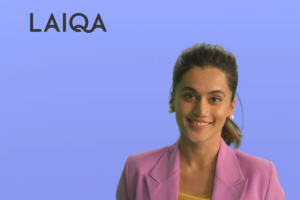 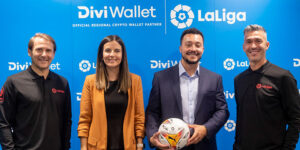