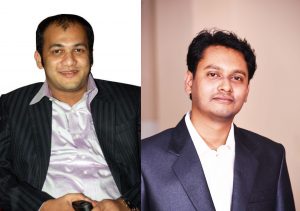 Navratri is a magical time of the year. It is marked by celebrations all around the country and is associated with great music, folk dance and fun all around. This year Chingari, which is India’s leading short video format app has decided to take the celebrations to the next level.

Today Chingari announced that it has joined hands with not one but three prolific partners to make sure that its users are able to enjoy this festival to the fullest. The partners include Shemaroo, BandEdge Music and Talent Agency and MyJyotish.com. With each of these associations, Chingari has something special planned for its content creators and users.

Even before the onset of the festivities, Chingari collaborated with Shemaroo to launch a peppy Garba Song titled Wankiwadu.  The song is from the web series Poori Pani and it has already become a rage amongst the Chingari influencers and content creators. It is being used by them extensively to showcase their garba skills and to celebrate the festivities.

Chingari is now taking this pre-buzz a notch higher.  Together with BandEdge Music and Talent Agency, it will be releasing not one but seven new songs on October 8. Each of these songs have been sung by different notable artists and capture different moods of this festival.

It is well-known fact that every day of the Navratri festival is significant but not many are aware of why it is important or how it should be celebrated. Chingari has its users covered in that aspect as well. With its association with MyJyotish.com, it will be releasing a video every morning that encapsulates the significance of the day. These informative videos will help people to know the deeper meaning of this festival and enable them to cherish it even more.

Chingari in order to connect with its users in Bengal has tied up with popular Bengali Singer Sagarika. Her latest Navratri song Aigiri Nandini is being promoted on the Chingari app.

Pandals are a formidable part of the Durga Puja and Chingari has even that aspect covered as it has associated with two popular pandals. Users will be able to get the darshan of Maa Kali and attend Aarti in the comfort of their homes on the app itself.

Speaking on the Navratri associations, Sumit Ghosh, CEO, and Co-founder, Chingari said, “We have always strived to be known for our user-centric approach. Chingari has always celebrated the diversity that our country has to offer and it is our endeavour to offer something for everyone.  Through these associations too we believe that we will able to offer something for our audiences across the country and be a part of their celebrations”.

This is not all. Chingari has also kick-started various contests and users stand to win attractive prizes by participating in these. The popular contesnt hashtags include #ChingariGarbaNights, #ChingariDasara, #PujorChingari, #AigiriNandini and #AmarPujorDress.

#ChingariGarbaNights is the hashtag creators can use to show their Dandiya or Garba moves. Chingari is running a pan-India contest using this hashtag and encouraging people to groove to the popular Navratri tracks.

#ChingariDasara on the other hand is a hashtag that is directed more towards users in South India. People can use the same to show how they are celebrating Dasara in their neighbourhood and also showcase traditional ways of celebrating Dussehra.

#PujorChingari – Durga Puja is celebrated with a lot of fervour in West Bengal. Creators can use this hashtag to present their talent in playing dhak or perform Dhunuchi Dance. It can also be used to present anything related to this festival.

#AigiriNandini- This is a hashtag that is associated with Singer Sagarika’s new song- Aigiri Nandini.  The creators are already going gaga over the same. Chingari is also running a contest on this and the best videos created using this song stand a chance to win Chingari coins.

#AmarPujorDress – Dressing up is a vital part of the festivities. So creators wanting to flaunt their look of the day can use this hashtag.

Deepak Salvi, COO, Chingari app, says “Chingari is one app that not entertains but also values its audience and content creators alike. We have a huge music library for Navratri and Durga Puja songs and these are available in multiple languages. We are delighted to have these new associations and hope that our content creators will use them to make more fun, entertaining videos.”

At present, Chingari has more than 300 videos catering to Durga Puja and Navratri and these are available in Hindi, Gujarati, and Bengali. In addition to this, famous Gujarati Celebs Ajay Thakor and Shital Thakor will also be extending their Navratri wishes to Chingarians.