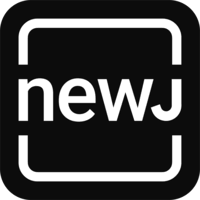 NEWJ (New Emerging World of Journalism Limited) has now forayed into the production of a new original entertainment show – “Saturday Night with Filmy NEWJ”. This anchor-led show has two segments: ‘Life & Times’ and ‘Rapid Fire’ which give viewers a glimpse of the celebrity’s life story, their journey to success; challenges and achievements – as well as some quick, quippy questions aimed at offering a deeper insight into the person behind the art. NEWJ is one of India’s fastest growing media tech startups, has amped up its smart video and vernacular news content strategy by boosting original content, which has led to a mercurial rise in users and consequently its viewership and engagement.

Under this property NEWJ welcomed Meet Bros, Avika Gor, Amit Sail, Sukhbir Singh, Rajpal Yadav in July. Through the course of these interviews, fans learned previously unexplored stories about their favorite celebrities, such as Avika Gor’s transformation from TV star to going behind the scenes as producer; Rajpal Yadav’s humble beginnings and how he doesn’t define fame by the size of the role and a special glimpse at how music sensations Meet Bros and Sukhbir Singh take a measured approach to writing the hits.

A social first publisher, NEWJ consistently ranks in the top 40 global Digital First Media Companies rankings published by Tubular Labs. Its uniqueness lies in delivering high-quality visual content which caters to Indian non metros through regional languages, as a result of which it offers its partners and clients a 9 times higher engagement rate and 5.5 times higher views to audience ratio, compared to average industry standards.

Speaking about the recent milestones reached by the company, Founder and CEO, Shalabh Upadhyay said, “The last quarter was a particularly significant one for us, as we partnered with regional influencers, expanded into original productions with our content studio and extended our language offerings. Our entertainment vertical, NEWJ Filmy, particularly has grown leaps and bounds garnering over 2 billion views across platforms since its launch. In the coming days, we hope to innovate further with our offerings across genres, beginning from entertainment to current affairs, sports, feel-good stories, health and wellness. Our purpose goes beyond achieving milestones in terms of viewership and social media virality. It’s about being able to serve the world’s fastest growing news market across the length and breadth of the country.”