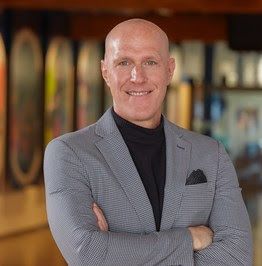 NCSOFT, a global leader in digital entertainment and one of the premiere developers and publishers of critically acclaimed and award-winning PC and console games, is adding the talents of long-time video game industry veteran Jeffrey Anderson to its executive leadership team as incoming CEO of NCSOFT West, which is responsible for its game business in the Americas EMEA, and Oceana regions. The company’s current CEO, Dr. Songyee Yoon, will remain president and chairman of the NCSOFT West board of directors and global chief strategy officer for NCSOFT, and work in close partnership with Jeffrey to lead the growth of the company and its franchises around the world.

Jeffrey Anderson brings nearly 30 years of leadership experience in the video game industry, having worked in an executive capacity at companies including Electronic Arts, Paramount Pictures, Turbine, Majesco, and Hasbro. His background incorporates some of the earliest cornerstone and genre-defining MMORPGs, including Ultima Online as well as Dungeons & Dragons Online. At NCSOFT West, Jeffrey will be the head of the company’s internal development at its first-party studio ArenaNet, publishing Aion, Blade & Soul, FUSER, Guild Wars, and Lineage II), and corporate operations of more than 400 employees in Aliso Viejo, Austin, Bellevue, London, and San Mateo.

“NCSOFT is one of the most innovative companies in the gaming industry and I look forward to helping the organization grow the business,” said incoming CEO Jeffrey Anderson. “They have extremely talented development and publishing teams, and I believe in their mission of delivering exceptional gaming experience to players around the world.”

NCSOFT was founded in Seoul in 1997, and shortly afterward launched its first MMORPG, Lineage. In 2001, NCSOFT created a US-based subsidiary, which has since grown into a developer and publisher of PC-and mobile-based MMORPGs (Aion, Blade & Soul, Guild Wars 2, and Lineage II). In November of 2020, NCSOFT published FUSER, its first multi-platform game (on consoles), developed by Harmonix (Rock Band, Dance Central) to critical acclaim. NCSOFT has grown beyond the boundaries of gaming, with one of the largest private AI research labs in Korea, a professional baseball team in Korea (the 2020 KBO champion NC Dinos), and spearheading numerous philanthropic endeavors in Korea and the west.

“Jeffrey joining NCSOFT is a very exciting change for the company,” said Global Chief Strategy Officer Dr. Songyee Yoon. “I very much look forward to continuing to build the future together with him.”