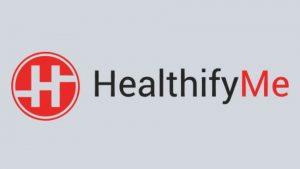 HealthifyMe, India’s leading AI health and fitness app today announced that it has raised USD 75 million in a Series C round led by LeapFrog and Khosla Ventures. HealthQuad, Unilever Ventures, and Elm (Saudi Arabia PIF entity) also participated in the round along with existing investors Chiratae Ventures, Inventus Capital and Sistema Asia Capital. It takes the total capital raised by HealthifyMe to over USD 100 million till now. The company will use the funds to expand in India and Southeast Asia, make inroads into North America, as well as to acquire relevant companies in the digital health and fitness space. It will also be investing heavily behind its AI powered HealthifySmart Plans and intends to double its current engineering and design strength. It will furthermore be hiring senior leadership members across operations, marketing, HR and technology.

According to WHO, Obesity has doubled since the turn of the century and almost 40% of all adults globally – 2 billion people – are overweight or obese resulting in 4 million deaths per year. Through the pandemic, the global market for digital health, weight loss and condition management grew rapidly as consumers continued to care more for their health, manage their chronic conditions and find ways to be in shape from the comfort of their homes. This has created several unicorns in the US, such as Noom, doing hundreds of millions of dollars in revenue. HealthifyMe stayed resilient through the pandemic and has in fact doubled its user base and revenue in the last one year. It crossed 25 million downloads recently and is on track to hit USD 50 million ARR within the next six months – becoming potentially the largest health & fitness app outside the US and China. HealthifyMe users have lost 20 million pounds of weight, tracked over 1 billion foods and burnt over 66 billion calories working out on HealthifyMe.

While HealthifyMe’s base has been India, it has been expanding internationally and now nearly 25% of its revenues come from outside India. In several markets such as Malaysia, Singapore, HealthifyMe has demonstrated being able to localise its offering and establish product-market fit in local populations beyond Indian expats and it intends to replicate the same in North America in the near future.

HealthifyMe’s growth is led by its coaching subscription plans for weight loss and disease reversal – with its flagship AI-human hybrid “HealthifyCoach” plans and its AI-only solution “HealthifySmart”. HealthifySmart gives the company a unique cost advantage over its competitors globally as the first  AI-only solution with empirically proven results at scale. The company intends to invest behind its AI capabilities and hire top talent from around the world to further enhance its offerings.

Besides HealthifySmart, the funds will also be used to invest its two new initiatives – HealthifyPlus, a condition management offering for customers with chronic medical conditions like Diabetes, PCOS, Cholesterol, Hypertension, Thyroid and HealthifyStudio, a live workout solution that was built during the pandemic. These two new offerings are already contributing to 25% of HealthifyMe’s top line. The company is also evaluating acquiring relevant companies in these fields to supercharge its expansion plans in India and overseas.

HealthifyMe is also planning to invest in building its leadership team and will hire for key positions across operations, HR, technology and marketing as well as P&L heads. HealthifyMe also intends to open an office and build a team in the Bay Area and in Southeast Asia to help expand further locally. The company will be doubling the size of its engineering & design teams and intends to leverage the talent available in India and in the US. It also intends to hire over 1000 trainers and coaches this year itself.

Khosla Ventures is one of the pre-eminent health-tech and AI focused VC funds in the world with over US $5bn in management leveraging years of experience investing in some of the hottest startups in Silicon Valley and India. HealthifyMe marks one of the most significant investments it has made in India till date. Leapfrog is one of the world’s largest impact oriented private equities having raised over $2bn, and holds a long track record in healthtech and fintech in the region. HealthQuad is India’s leading digital health focussed VC fund. Unilever Ventures is the venture capital and private equity arm of the Unilever group, while Elm is the wholly owned subsidiary of Saudi Arabia Public Investment Fund focused on high-tech investments. DC Advisory acted as the Company’s Financial Advisor for the round.

Tushar Vashisht, Co-founder and CEO, HealthifyMe said, “We are excited to partner with Leapfrog, Khosla Ventures and other global investors in our mission to healthify a billion people. We are already the market leaders in India and Southeast Asia and by combining AI and human empathy, we can deliver results in weight and lifestyle disease management at a fraction of the cost possible today. With our Series C, we are excited to take our offerings global – North America being a key part of the plan – and we are looking forward to hiring and partnering with people around the world who are passionate about using technology to drive positive behavior change.”

Vinod Khosla, Founding Partner at Khosla Ventures, said, “I have been tracking HealthifyMe for a few years now. What they have achieved in India with their AI coaching solution at scale is truly pioneering for health & fitness globally. We are excited about the potential as they scale globally – specifically in North America, where 2 out 3 adults are overweight or obese.”

Dr. Biju Mohandas, Partner and Global Co-Leader for Health Investments, said, “Investing in prevention and treatment of chronic disease and underlying drivers, such as obesity, has long been a focus for LeapFrog’s healthcare team. HealthifyMe has created a powerful intersection between health and technology that can be accessed by 760 million smartphone users from India’s metropolitan cities to small rural towns. With our investment firmly focused on the powerful synergy of Profit with Purpose, HealthifyMe will impact millions more consumers across the world through support, education, and health services at a time when the risk to life has never been greater.”