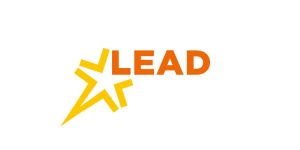 LEAD School, a major EdTech player in the K-12 segment, has rebranded itself as LEAD. It reflects the evolution of LEAD from a chain of schools to one of India’s leading EdTech players that transforms traditional schools with its disruptive solutions.

It also symbolises LEAD’s promise to propel millions of students in Tier 2+ towns with a global standard of education, uninterrupted learning across physical, online, and hybrid classrooms, and exposure for all-around growth.

The new logo captures the upward trajectory, culminating into a Starburst – symbolizing excellence and achievement for students, teachers, and schools. Consumers have already started to engage with the new brand identity on social media and over the next few weeks, the brand will complete its transition across all touchpoints.

LEAD Co-founder & CEO Sumeet Mehta said, “Whenever we talk to students, teachers, school owners and parents, one thing stands out – LEAD propels them into a new world of opportunities! For far too long, schools were stuck in rote learning. Students found it hard to break out of their local constraints. And parents searched for good schools but to no avail. LEAD has changed that. 2000+ schools are now powered by LEAD. And we have just begun. Today, LEAD recommits to be a propulsive force in the lives of schools, students, teachers, and parents. And our new brand identity reflects this commitment.”

LEAD Chief Marketing Officer Anupam Gurani said, “At LEAD, we have always believed that learning should never stop. While we are constantly upgrading and evolving, our brand identity is a reflection of what we stand for. The Starburst formed with the letter ‘L’ is not only a universal symbol for success and excellence but also represents ownership with the first letter of our brand. We stand for being Trustworthy, Confident, Fearless, and Revolutionary, and our new identity reflects these attributes.”

In its ninth year of operations, LEAD is growing at a rapid pace. It recently raised Series D funding of $30 million from global VC funds – GSV Ventures along with WestBridge, an existing investor.