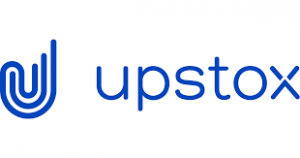 One of India’s largest investment platforms, Upstox was founded in 2009 with the aim of making financial investing simple, equitable, and affordable for all Indian investors. It provides access to investments in stocks, mutual funds, #digital gold, derivatives, and ETFs for both investors and traders. Currently, Upstox has over 4.5 million customers across India.

For Upstox, Tamil Nadu is one of the key markets. Around 60% of Upstox’s customers from Tamil Nadu are first-time investors and over 15% are women investors. Majority of the customers in Tamil Nadu hail from cities like Chennai, Coimbatore, Kanchipuram, Tiruvallur, and Vellore. This partnership will further strengthen Upstox’s foothold in Tamil Nadu and other parts of southern India.

Commenting on the partnership, Shrini Viswanath, Co-founder at Upstox said, “We are glad to be TNPL’s Official Partner. TNPL has been consistently producing young talent from the small towns and villages of Tamil Nadu, which is akin to our goal of making equity investment available in the remotest parts of India. TNPL has made cricket enjoyable and engaging. Similarly, at Upstox, we’re seized with the idea of fostering an investing culture, in which people don’t see investing as a chore, but rather as something easy and engaging.

This partnership will significantly contribute to increasing financial literacy and promoting an investment culture across the state. With our tech-enabled and intuitive platform, our goal is to assist customers in realizing the earning potential from the financial markets. We want to be the go-to partner for the next generation of traders and investors.”

K. Shivakumar, Chairman TNPL believes that “Joining hands with Upstox can create a huge positive impact on the financial aspirations of the viewers watching this league, particularly for the millions of Indian youth who are seeking to learn about equity investments.”

This is the fifth edition of TNPL, which begins with the inaugural match between Lyca Kovai Kings vs Salem Spartans on July 19. The tournament has been planned in three phases till August 15. All matches will be played at the MA Chidambaram Stadium in Chennai. The matches will be streamed on the OTT platform, Disney+ Hotstar, and also be broadcast on channels such as Star Sports, Star Sports Tamil, and Star Vijay.