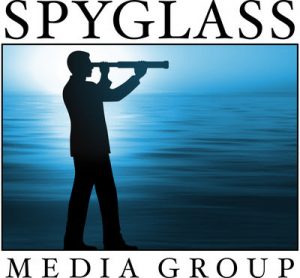 Global content leader Lionsgate (NYSE: LGF.A, LGF.B) has acquired the vast majority of the Spyglass Media Group, LLC (“Spyglass”) feature film library of approximately 200 titles and formed a strategic content partnership with leading content creator Spyglass, the two companies announced today. The agreement gives Lionsgate a 20% investment stake in the company whose major assets include the latest installment of the Scream blockbuster horror franchise to be released January 14, 2022, the hit movie The Upside, the iconic fashion competition series Project Runway, and the revival of the Hellraiser franchise, currently in pre-production.

Gary Barber will continue to lead Spyglass as its Chairman and CEO and Spyglass’ senior leadership team will remain in their current roles.

“This agreement continues to grow our valuable portfolio of IP while partnering us with Gary Barber, one of the leading entrepreneurs and content creators in the business,” said Lionsgate CEO Jon Feltheimer. “It is a win/win deal that creates significant incremental value for both companies while continuing to add to our global content distribution platform at a time when the demand for premium content is greater than ever.”

“I am grateful for the steadfast support from our strategic investors and am thrilled to align with Jon Feltheimer, Michael Burns and all our partners at Lionsgate as we look forward to expanding our relationship in creating great content and exploring strategic opportunities together in the marketplace,” said Barber.

“Two years ago, we were excited to team up with Gary and have him do what he does best –build Spyglass Media Group into a global premium content company and, in short order, increase shareholder value. Once again, he successfully exceeded those challenges, and we are delighted to continue the journey with him,” said Spyglass’ strategic investors: Andy Mitchell, Founder, CEO and Managing Partner of Lantern Capital Partners; Toby Emmerich, Chairman, Warner Bros. Pictures Group; Tarak Ben Ammar, Chairman, Eagle Pictures; and Mooky Greidinger, CEO of Cineworld Group.

The transaction was negotiated for Lionsgate by a team headed by Lionsgate COO Brian Goldsmith and Lionsgate EVP & General Counsel Corii Berg, with Sheppard Mullin LLP acting as legal advisor. The transaction was negotiated for Spyglass by a team headed by Chief Legal Officer Cheryl Rodman, with Moelis & Company LLC serving as the exclusive financial advisor and Venable LLP acting as a legal advisor for Spyglass Media Group.