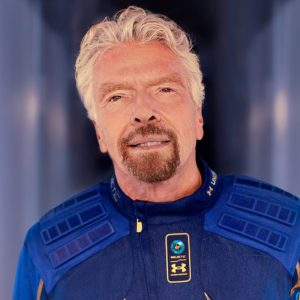 Omaze, the charity fundraising platform that offers the chance to win once-in-a-lifetime experiences and prizes, and Sir Richard Branson, Virgin Galactic Founder, announced they will give away two seats on a Virgin Galactic commercial flight. The Omaze sweepstakes will support Space for Humanity, a nonprofit seeking to democratize space and send citizen astronauts of diverse racial, economic, and disciplinary backgrounds to space.

Participants can enter for the chance to win a once-in-a-lifetime galactic journey: two tickets to experience microgravity at the edge of space aboard Virgin Galactic’s VSS Unity, the same spacecraft that carried Sir Richard Branson to space and back this morning. Learn more in this video featuring Sir Richard Branson.

The out-of-this-world opportunity is one of the most notable examples of Omaze’s unique and innovative approach to raising money for charity and challenging traditional giving models. It represents a significant step for Omaze as the company seeks to achieve its ambitious goal of raising $1 Billion a year for charity and an even bigger milestone in expanding equity and access to space exploration.

“Until now, most people could only dream of venturing beyond Earth. Now, we are incredibly excited to team up with Sir Richard Branson, Virgin Galactic, and Space for Humanity to give two everyday citizens a chance of going to space. Omaze was founded on democratizing access to out-of-reach experiences. It’s an honor to advance this ideal to space travel while partnering with an organization dedicated to democratizing space for the better of all humankind,” said Matt Pohlson, CEO and Co-Founder of Omaze.

From now through August 31, 2021, every donation for this experience through Omaze will support Space for Humanity, a nonprofit organization taking on the challenge of sending humans to space and training them to lead from an Overview Perspective. Space For Humanity’s mission is deeply rooted in the principles of the “Overview Effect,” which is the experience astronauts are presented with when viewing the Earth from orbit, offering an expanded opportunity to see the profound beauty, wholeness, and interconnectedness of our home planet. Astronauts return to earth with a completely new perspective, and oftentimes, a desire to create greater change. Upon their return, Space for Humanity’s citizen astronauts will commit themselves to leveraging that experience for the collective good.

“We are so incredibly grateful to Sir Richard Branson and Virgin Galactic for giving us the opportunity to be the charity of choice in this revolutionary initiative,” said Rachel Lyons, Executive Director of Space for Humanity. “This is a historic moment for life on this planet. We now have the opportunity to share this perspective for the common good. It is my hope that by democratizing access to space, we will collectively renew our relationship with our planet, and each other, allowing for a prosperous future on and off the planet.”