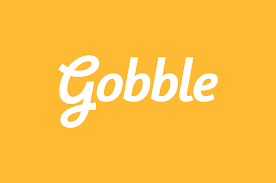 Pocket Aces’ lifestyle channel, Gobble, in collaboration with DEWAR’S double aged Scotch Whisky by Bacardi, is back with the third season of its bespoke property – ‘You Got Chef’d!’. As house parties become the next big thing, Chef Ranveer Brar, along with celebrity guests, take you through culinary paradise with global cuisines paired with delicious Highball cocktails. The latest season has double the fun with Arjun Kapoor, Tahira Kashyap, Pratik Gandhi, and Rohan Joshi, cooking their gourmet creations and pairing it with Highballs in each episode. They also engage in fun banter and conversations around topics that they are passionate about ranging from breaking gender to cooking stereotypes.

DEWAR’S has been the official brand partner for ‘You Got Chef’d!’ since the beginning and season 3 will rope in more exciting cocktails and challenges for the viewers. The highball cocktails made from DEWAR’S Scotch whisky by DEWAR’S brand ambassador- Greg Benson, are paired to further enhance the Global Cuisines and dishes that will be prepared this season.

In this season, Chef Ranveer Brar will be hosting popular celebrities – Arjun Kapoor, Tahira Kashyap, Pratik Gandhi and Rohan Joshi whose cooking skills are put to the test as they attempt to earn points and win the title of – ‘You Got Chef’d!’. Under the supervision of DEWAR’S India brand ambassadors, Greg Benson and Myles Carroll, the guests will be challenged to try bartending tricks that ‘boost their chances of winning. Taking cues from the brand messaging ‘Double is Better’, this season will ‘Double the Difficulty’ in the efforts taken to earn points.

Alongside unraveling over global cuisines and highball cocktails, celebrities will also be seen revealing some memories that they associate with the dishes they prepare. Arjun Kapoor will be seen preparing a dish from London that takes him back to the time he starved during a Chelsea match. Tahira Kashyap reminisces about her pregnancy days of eating ‘Panjiri’, which is similar in some ways to the New York dish she prepares. Pratik Gandhi is reminded of his role in Dhunki, which involved a lot of cooking while trying his best to make a Singaporean dish. Rohan Joshi, while preparing a Japanese dish discloses how shocked he was to learn about people’s eating patterns in Japan.

Speaking about the association Vijay Dev, Consumer Marketing Lead, Whiskies at Bacardi India said, “You Got Chef’d! helps bring out the finest cocktail and food pairings alongside fun banter and highlights the amazing occasions at home and otherwise to experience with DEWAR’S. We hope consumers enjoy this season as well and try their hand at these easy-to-make DEWAR’S Highball cocktails.”

Greg Benson, DEWAR’S Brand Ambassador- India added, “As DEWAR’S continues to champion innovative Scotch whisky highball cocktail experiences for consumers across the world, You Got Chef’d further enable the brand in doing so. Especially, at a time when consumers are actively seeking to experiment with easy-to-make cocktails at home, we will help them take their Highball cocktail experiences a notch higher through the show. Furthermore, with Chef Brar as my co-host for the second consecutive season, I am elated as the two of us together effortlessly bring out the Double is Better spirit.”

Vishwanath Shetty, VP, Sales and Brand Solutions, Pocket Aces, adds, “With every passing season, we have been able to widen the scale of the show in terms of production and viewership. Dewar’s, our brand partner, has been on board for three consecutive seasons for one of Gobble’s ‘Impact properties’, making this our longest association with a brand for a given series. This goes to show the merit brands seek in our content and hence choose to associate themselves with it. We have been able to initiate conversations with potential brand partners, taking into account the strong backing of our previously successful associations. This also gives other brands an opportunity to visualize different ways in which they can integrate themselves into seamlessly flowing content like ours; furthermore, witness scale year-on-year.”

Commenting on the show, Ankit Chhabra, Channel Manager, Gobble says, “Thanks to our unique offerings, viewers are hooked to Gobble for lifestyle content, resulting in our audience base has tripled over the last two years. After the success of the previous two seasons, we decided to push the boundaries and make our guests attempt more difficult cuisines in this season. The idea was to have our viewers experience global culture from the comfort of their homes. It is going to be super fun to watch the audiences’ favorite celebrities putting their culinary and bartending skills to test. We could not have been happier with the lineup of this season.”

Dewar’s x Gobble ‘You Got Chef’d!’ Season 3 breaths of air from June 29th on Gobble’s YouTube channel. In case you missed the last season, gobble up on Season 2 where Chef Ranveer Brar cooks off with celebrities like Nakuul Mehta, Arjun Kanungo, and many more.