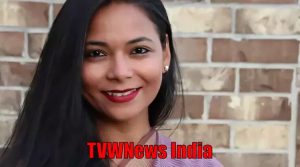 Pocket Aces, India’s leading digital entertainment company, today announced the elevation of Co-founder Aditi Shrivastava to the newly created position of Chief Executive Officer. Before this, Aditi spearheaded the Company’s revenue expansion, set up its influencer management division, and also led the growth of Dice Media, one of India’s most loved premium content studios. Ashwin Suresh and Anirudh Pandita, Founders of Pocket Aces, will continue to remain shareholders and members of the Board of Directors of the Company, while running Loco, the game streaming platform incubated at Pocket Aces, which was recently spun-off into a separate entity. Aditi will also continue to be a Board member.

India’s new-age media ecosystem continues to grow at an unabated pace, with record spends from advertisers and OTT platforms, and a continuing democratization of talent. Powered by a robust content flywheel and a unique data-driven approach, Pocket Aces has been a pioneer in shaping various aspects of this ecosystem, and has been able to grow its market share consistently over the past several years. Today, the Company has 3 strong business lines: 1) Social Distribution, which houses some of India’s largest social channels such as FilterCopy, Dice Media, and Gobble; 2) Clout, which has quickly become the largest talent manager in the Indian digital ecosystem; and 3) Studio Business, where the Company is currently producing 12 greenlit series for release across various OTT platforms.

Ashwin Suresh, Founder, Pocket Aces said, “Over the past few years Pocket Aces has cemented its leadership position within the digital entertainment ecosystem while championing the overall growth of the industry. In addition to building out monetization for the Social Distribution business and overseeing the growth of Clout, Aditi also put together an impressive slate of shows for the Studio business. Under her new mandate as CEO and supported by a capable leadership team with a healthy mix of industry experience, first-principles thinking, and creative innovation, Aditi is all set to write the next chapter in the Pocket Aces growth story. We are in the first innings of the digital media revolution and I am excited to see Aditi and our leadership team take Pocket Aces to new heights.”

Anirudh Pandita, Founder, Pocket Aces added, “Pocket Aces has set the pace for innovation in digital entertainment and we are more confident than ever of delivering on our promise of solving boredom. The Pocket Aces leadership team led by Aditi, has the right mix of industry veterans and new age digital-first thinkers, to execute on the exponential growth opportunity that we see in entertainment. Aditi has played a pivotal part in getting the company to where we are today and I am excited to see the new heights she will help the company scale with this expanded mandate.”

Pranav Pai, Founding Partner at 3one4 Capital, a large investor in Pocket Aces, said “The Pocket Aces team has used their deep experience in the field to connect with and grow amongst the largest digital audiences in India. Through grounded empathy for their audience’s consumption behaviours and tastes, Pocket Aces has reimagined the digital entertainment model. The company’s content channels are vertically integrated, from the creators up to the audience, and now leverage their position of strength and scale to continuously innovate and expand the frontier. We are excited to continue our support for the next wave of growth as the team pursues an orbital shift to newer heights.”

Aditi Shrivastava said, “We have built a strong foundation for Pocket Aces, and I am thrilled to grow it to one of the largest new-age media companies globally. Our core moat gives us the competitive advantage – a highly meritocratic culture with a diverse high-performance team; a data driven approach to content creation that turns the traditional media model around its head and dramatically increases hit rate; and an ecosystem approach that leverages all major opportunities – capturing media real estate, building large IPs, and growing talent into brands. We have clear visibility of our content strategy and revenue leading us to profitability, and some very exciting new initiatives launching later this year as well.”