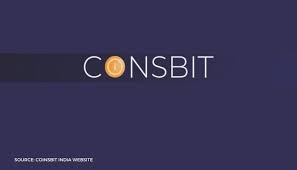 To launch Europe’s largest and award winning cryptocurrency trading platform in India, Coinsbit India, had announced India’s biggest ever airdrop on 9th April 2021. The airdrop has been a massive success with 665,550 KYC verified users receiving CIN worth $200 each in the first round. The campaign is still live with the second and third round starting on 20th June and 10th July respectively.

Along with the airdrop, Coinsbit India has also launched its own 5-level referral program along with staking opportunities. Staking cryptocurrency is one of the most appreciated ways to invest in the new age. It is a less resource-intensive alternative to mining which involves holding funds in a wallet to support the security and operations of a blockchain network. So basically, staking is the act of locking cryptocurrencies to receive rewards. Coinsbit India Staking lets you earn rewards in a very simple way – all you have to do is hold and ‘stake’ coins on the exchange to enjoy 3% monthly rewards.

In order to avoid token price crash upon CIN token listing, a vesting schedule will be implemented and there will be a gradual monthly release in the CIN tokens earned from airdrop and referrals. This will help in preserving the token value and prevent price drop. Benefits from holding CIN tokens will start as soon as the airdrop ends on 31st July. Users will have an opportunity to buy CIN tokens and start earning on staking pools at a 3% monthly rate. Holders can avail a 25% discount on trading fees by paying in CIN. Along with interest incentive and discount purchases, in future, users will also be able access the Coinsbit Vault, Marketplace and Blockchain Games, apart from other benefits.

Staking is an excellent way to earn rewards when the market is volatile or showing ‘bear-ish’ sentiment or just to earn extra rewards and do more with cryptocurrencies. Crypto coins staking has several advantages that have helped it gain popularity. Apart from being a passive income for users, it doesn’t require much specialized skills. A small investment by purchasing cryptocurrency is enough to get you started, hence making the threshold for entering quite low.

What’s next for Coinsbit India?

According to Chainalysis, investments in crypto grew from about $200 million to nearly $40 billion in India alone, in just one year. With the constantly growing crypto market in India, Coinsbit India has massive plans for expansions. They will soon go live with crypto trading while engaging more blockchain developers for both building CIN Smart Chain Ecosystem and to develop NFT, DEXs and DeFi apps. CEO of Coinsbit India, Ravneet Kaur, talked about revolutionizing the Indian cryptocurrency and blockchain space. She said, “We believe that there can be a new economy based on decentralization and trust. If anything, these uncertain times have taught us, it is that we need to be prepared to confront them. To avoid what is happening in Lebanon right now, Africa and Latin American Economies. we need to explore alternative methods of investment. Cryptocurrency can be a hedge against such interferences where people have no control and their currency suddenly devalues. Recently, El Salvador legalized bitcoin to attract investments and crypto talent while boosting their economy. India needs to keep up with the constantly changing times and needs cryptocurrency to revitalize its economy.”

Akshit Khanna, CMO Coinsbit India, gave us a little sneak peek into what’s next. “Cryptocurrency is still a relatively new concept for the masses which has shown great potential. We want to help educate people and build an informed crypto community in India. Very soon, we will be running campaigns to specifically explain buying and the storage process of cryptos and much more at Coinsbit Academy.”