Guest Article : The State of Early-Stage start-ups in India 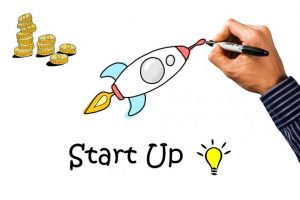 In recent years, Indian start-ups have demonstrated a strong interest in technology, data, and the internet. With the introduction of free data plans and low-cost cell phones, India’s tech-based startups have taken the lead, and they have been the driving force behind the country’s rapid growth over the last decade, addressing specific problems, transforming entire sectors, and creating new segments. According to reports, total money raised at seed stage was $403 million, over double the $255 million raised at this level in 2019, while bridge stage investment was $221 million in 2020, nearly three times the $98 million raised in 2019.

Following a wave of layoffs and a severe funding shortage in the first half of 2020, the Indian startup sector recovered once the country was opened following the Covid-19 lockdown. The total funding for Indian entrepreneurs was $11.5 billion, down 10% from the previous year. These figures are far from depressing, since the Indian startup ecosystem recorded 924 agreements in 2020, a 14 percent increase over 2019. Furthermore, the 10% decrease in overall funding is significantly better than what experts and analysts projected.

Funding for Indian startups is expected to pick up again

With the introduction of COVID-19 vaccinations, there has been a noticeable improvement in the global pandemic situation. As a result, the Indian economy is recovering at a faster rate than projected, thanks to people and businesses adapting and innovating. The epidemic has also brought in a new era of increased entrepreneurial activity in the country, and the nature of these changes has resulted in a variety of outcomes. While thousands of workers have lost their jobs, causing a liquidity crisis in several industries. During the pandemic, EdTech, finance, online gaming and OTT, ecommerce, and corporate tech have acquired investor confidence. In 2020, Indian startups are expected to raise $11.3 billion in total financing.

Where Do Early-Stage Start-ups Go from Here?

The number of early-stage investment events increased modestly in a pandemic year, according to an InnoVen Capital analysis, but the average deal size increased by roughly a fourth. While deal volume increased by 6% year over year in 2020-21, average deal value increased by 23%, offsetting the 13% decrease in seed and pre-Series A investments. As entrepreneurs seek strategic investors in the early rounds who can provide advice and direction in addition to financial support, Pandemic has created a significant potential that Indian angel investors have begun to exploit. The pandemic’s massive attitude shift has transformed the way people think about investing in early-stage companies, and we are seeing more HNIs and other high-net-worth individuals than ever before.

To summarize, the situation for venture capital investors, angel investors, and Indian entrepreneurs may be hard but nevertheless full of potential in a fast-changing world that continues to push new obstacles.

India has been preparing for what will be the world’s largest immunization programme, with the vaccine now available. As a result, it’s probably safe to say that the worst is behind us, and the future looks bright, with an unprecedented surge in Indian companies.