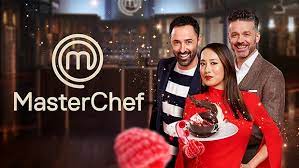 The first episode of MasterChef Australia Season 13 produced by Endemol Shine Australia and internationally distributed by Banijay Rights will premiere today, 2nd July in Hindi, Tamil, and Telugu for all Disney+ Hotstar users for free.

Mouthwatering dishes, awe-inspiring cooking skills, and exciting challenges to get everybody’s heart racing – The most loved cooking reality show MasterChef Australia, on Disney+ Hotstar Premium has struck a chord with all culinary enthusiasts. With an exciting new season that has left an indelible mark on the nation, this exciting cooking contest has inspired budding home chefs from around the world. Having seen a successful run so far, with some incredible delights on the show, the season has now exclusively released for subscribers of Disney+ Hotstar VIP and Disney+ Hotstar Premium in Hindi, Tamil, and Telugu, for the very first time. Three esteemed judges from the culinary world – Jock Zonfrillo, Melissa Leong, and Andy Allen, are back in the famous MasterChef Kitchen, testing 24 aspiring home cooks with various unique challenges for the greatest culinary title in the world, a coveted trophy, and $250,000 in prize money.

Featuring Delhi-born Depinder, who adds an Indian flavor to each of her dishes, to Justin who wins the judges’ hearts with some mouthwatering delicacies – fans can watch the aspiring culinary superstars cooking up a storm with dishes ranging from home-style favourite foods, traditional cuisines, and scrumptious modern plates. To add some inspiration to the daily cooking adventures, the latest season also features the biggest names in the food industry, including Nigella Lawson, Yotam Ottolenghi, Heston Blumenthal, Massimo Bottura, among others who mentor the contestants through the season! If one seeks a chance to pick up on their kitchen skills, MasterChef Australia’s nerve-wracking competition will kick in the culinary bug with every winning masterpiece. So gear up for the fiery adventure, as one can now watch the world’s favorite cooking reality show, while the contestants set the kitchen ablaze with their culinary skills only on MasterChef Australia Season 13 in Hindi, Tamil, and Telugu on Disney+ Hotstar VIP and in all four languages on Disney+ Hotstar Premium. The first episode is now available for free in Hindi, Tamil, and Telugu only on Disney+ Hotstar.

Speaking about the announcement, judge and food critic Melissa Leong, who is the first female, and Asian-Australia judge in the history of the show, said, “India is rich with ancient flavours and regionally-specific cuisines and there is a love for food that runs deep. MasterChef Australia Season 13 features a proud diversity of contestants and cuisines, including dishes inspired by Indian culture, flavours, and soul. Each new season of this show has seen a rise in the talent of home cooks touting impressive skills, making for a very exciting contest. And this season has been no different. I have received so much love from India and would love to explore the country one day – we are thinking of everyone during the hardships the pandemic has brought. I am thrilled that MasterChef Australia is airing all over the world so we can continue to share and celebrate the thing that connects all humanity – food.”

Contestant Depinder Chhibber, who was born in Delhi and moved to Australia when she was 11, has impressed the judges with her cooking inspired by Indian and South East Asian flavours. Speaking about the announcement, Depinder Chhibber said, “Food has been a very special and personal part of my life since a very young age, as I learnt how to cook from my parents who gave me their passion for different cuisines. Being in the MasterChef Kitchen was a dream come true for me. I couldn’t be happier that MasterChef Australia Season 13 will be more accessible to millions in India through Disney+ Hotstar VIP. I hope to continue to cook a lot more dishes inspired by Indian flavours and am thrilled that viewers will be able to see their food being celebrated on a global stage.”