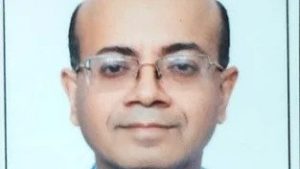 Octro Inc, India’s leading and fastest-growing mobile gaming company has announced the appointment of Arup Das as Chief Technology Officer. He will be based in its Delhi-NCR office. With almost 200+ million users, Octro has acquired a leadership position in the online gaming space, gaining a strong foothold within the Indian entertainment & sports industry with a projected user base of more than 700 million gamers in India.

Arup is a seasoned business leader who brings more than 23 years of experience in areas such as ERP, Data Science / Data Engineering, Cloud Computing, and other digital offerings. Before Octro, Arup was the Chief Technology Officer (CTO) & Chief Product Officer (CPO) at Goals101 AI, a 5-year-old VC-backed fintech company. He has also worked with Aristocrat Technologies as a Senior Director, R&D where he led an engineering and product team of 225+ people across the USA, Europe & India. Other than that, Arup has worked with several leading software product companies such as Cisco and Nucleus Software. Arup is an MBA (Palmer Scholar) from the Wharton Business School (USA), MS in Computer Vision / Image Processing from the University of Calgary, Canada, and a BE in Computer Science (University Gold Medalist) from Jadavpur University, India. He was also a founding volunteer of Cricinfo and has covered international cricket matches as a volunteer.

Saurabh Aggarwal, CEO, Octro Inc said on the appointment, “We are very excited to have Arup on board with us as our CTO. Octro as a company has grown over the last many years and as we embark on our next phase of growth, I am confident that Arup, with his experience and expertise, will be able to contribute to Octro’s growth and enable us to take Octro to the next level. We look forward to working closely with Arup and achieve bigger goals while creating scalable leisure options for world at large”.

On his joining, Arup Das, CTO, Octro Inc said, “The online gaming space has always been exciting to me, and with the recent growth it has witnessed in India& globally, I am even more ecstatic to have an opportunity to work with Octro Inc, a pioneer in this space. I am looking forward to adding value to the organization and be an integral part of Octro’s journey in becoming one of the leading gaming companies worldwide”.

Octro Inc, the leading and fastest-growing mobile gaming company in India has been ranked the No.1  in terms of player revenue by App Annie, the top app industry analytics firm. The growing popularity of online games has given a whole new boost to the gaming ecosystem. According to KPMG, the online gaming industry is expected to cross the ₹290 billion mark with 650 million users and a recent AIGF study revealed that 76% of all gamers believed an individual develops strong analytical ability through gaming as it is necessary to assess the best way to win a game.