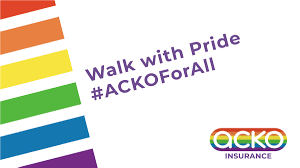 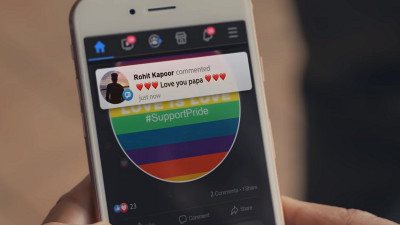 Purely digital insurance platform ACKO, today launched a powerful digital marketing campaign on Pride Day, celebrated to commemorate the first pride march. The film communicates a powerful message, that even though we have come a long way in recognizing the LGBTQ+ (Pride) community, this does not necessarily equate to true acceptance, we still need to work on it and ensure that we can welcome one of our own if they belong to the group. The film urges us to rethink what it means to truly welcome and become an ally to the LGBTQ community.

Starring popular film & theatre actor, Neeraj Kabi, who has won acclaim for his roles in the web series Sacred Games and Paatal Lok, the film opens with four friends at a get-together. As one of the friends, Rakesh Kapoor (RK), proudly shows that he has changed his profile cover picture on social media to the Pride colours in support of the community, the other friends pat him on the back, assuming that RK has now learned of his son’s sexual identity. The accidental reveal leaves RK speechless as he tries to reconcile with his own conflicting actions and emotions.

The film is based on the Pride Research conducted by ACKO and YouGov in June 2021, which found that only 2 out of every 5 Indian parents said that they would be supportive if their child was part of the LGBTQ+ community. The campaign highlights this important point – “Post pride, Support pride, but more importantly, be ready to accept Pride.”

This campaign is a reflection of ACKO’s ongoing effort to create a workplace that reflects its core values of embracing and supporting true diversity. The company is among the early and a handful of startups that extends a group medical insurance cover to include the partners of LGBTQ+ employees.  ACKO prioritizes training and education programs to sensitize and raise awareness about the LGBTQ+ community and to ensure ongoing support of LGBTQ+ staff in the company.

Talking about the campaign, Ashish Mishra, Executive Vice President- Marketing, ACKO General Insurance, said, “From denial to recognition, Indian society has come a long way in terms of their attitude towards the LGBTQ+ (PRIDE) community. However, there is still a huge amount of work to be done to make sure that people are willing to accept if one of their own is part of this community. #TalkPride Campaign is our way to progress on this front”.

This campaign has been conceptualized by Leo Burnett Orchard.

“We are so used to sharing our support for the LGBTQ+ community on social media. But we never take a moment to stop and think how open we will be to having someone in the family who identifies as the same. I think it is time for the country as a whole to take a step towards accepting that love is love, no matter how you choose to express it.’ added Pravin Sutar, Head of Creative, Leo Burnett Orchard.