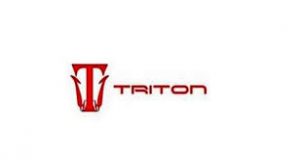 The Chairman and Managing director of Triton EV, Himanshu Patel commented about this remarkable development by quoting, “This is a great milestone for not just Triton EV but also for the Indian Electric Vehicle’s sector. We are excited to enter Telangana State with our Manufacturing setup. This facility is likely to give jobs to over 24 thousand people. In addition to this, the automotive-related MSME ecosystem in the Telangana State is also likely to get a great booster with our manufacturing.”

“The upcoming Manufacturing facility of Triton EV will be built over a million square feet area. A total of USD 1.5 Billion will be invested over next 5 years. We will have USD 300 Million USD investment in the next few months. The good part is we already have USD 2.2 Billion worth of purchase orders from India.”

Telangana’s Zahirabad area will be the location for Triton’s Manufacturing unit. The facility will produce Triton EVs not only for Indian domestic market but also for entire regions such as Bangladesh, Sri Lanka, Nepal, and the entire Middle East region as well. Consumer EVs will certainly take an edge but commercial and industrial vehicles will going to drive the market.

Signing of the MoUs between Telangana State and Triton EV, though the Video Conferencing Meeting Mr. KT Rama Rao, Minister of Municipal Administration & Urban Development, Industries, and IT & Commerce, Government of Telangana joined the Video conferencing meeting and expressed his commitment and positive hopes from this mega announcement for the EV Industry.

While welcoming Triton EV’s entry to his state, KTR mentioned, “We are excited to know about the Triton EV’s expertise and vision for the EV market. Thank you for choosing Telangana State, I must say that this state will be the best place for Triton EV’s manufacturing. We have an agile focus towards startups, and we work on progressive ideology.”

“KTR also highlighted the unique Industrial policy of the state which is proactively crafted towards fast process driven decision making and action towards bringing new investments in the state. As part of our state industrial policy, TS-iPASS is a great proactive feature that allows fast processing, and it does not waste time in getting permissions. You can start the construction asap and all the basic and must required approvals will be approved within 15 days. Our Industrial Policy has exclusive in India and since last six years we are successful in bringing investments and creating jobs.”

Telangana State also promised to give an order of 3000 Electric Vehicle Government Order to Triton EV. Mr. Jayesh Ranjan, Principal Secretary of Telangana State has also joined the meeting for MoU sign up.

According to Himanshu’s estimated predictions, Triton EV manufacturing will be a strong and most robust EV production centre out of India as per world-class standards. “Our manufacturing facility will not be an assembly line for the cars, but we will make and produce most of the critical products and components required to produce a best-in-class EV. The in-house production capacity will differentiate Triton EV from others. However, there will be huge and massive scope for the regional MSMEs to work with us and contribute to the development of these EVs,” says Himanshu Patel.

In addition to EVs, Triton also has a strong product pipeline for the defence segment. Triton’s M-Rover is a product that is ready to be utilized for defence and security forces usage. Triton is also looking into armoured vehicle editions of their Model H.

Triton EV’s commitment towards India can be visualized with the recent MoU news sign off with BEL. The two organizations will work on Energy Storage Systems & Electric Vehicles development.

Triton EV is involved in the Energy Storage System business ranging from transportable small battery packs to a 10 MWh battery storage unit for customers in the USA and abroad for applications like energy generation, load management, EV charging stations etc. Triton is also involved in the manufacturing of Electric Vehicles using battery technologies developed by them.