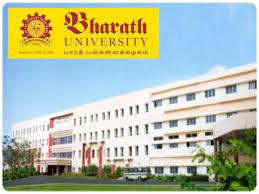 The Chennai-based Bharath Institute of Higher Education and Research (BIHER), one of India’s leading private and deemed universities, is ranked as the number one private university in the country. Additionally, as many as four programmes secured number one ranking in the SCImago Institutions Rankings – 2021.

Published by SCImago Institute in partnership with Elsevier, the SCImago Institutions Rankings are considered as one of the most objective rankings in the world, as the universities and scientific organizations are not ranked based on their applications, but on information from international databases over the preceding five years.

Commenting on the ranking, Dr. J. Sundeep Anand, President, BIHER, said, “The SCImago Rankings 2021 is a testimony to the hard work of the faculty members, staff, scholars and students, and is an extremely proud moment for everyone associated with BIHER. Securing several top rankings among Indian and global universities and being recognized as a leader in research among all universities in India is an outstanding achievement and encourages us to further set new benchmarks.”

The ranking is focused on the research activities of the institutions and the analysis is based on indicators like the quality of academic research output, innovation outputs, and societal impact. The SCImago Rankings 2021 involved 4,126 premier higher educational institutions across the world. About 550 universities from China and over 500 universities from the United States have made it to rankings in various categories.

Elaborating on the future, Dr. Anand, said, “BIHER has recently set aside Rs. 10 million as the seed capital for its research wing, to fund 100 research projects from various fields and is committed to continuing to expand its laboratory infrastructure.”

“Achieving a number one private university ranking is motivating for all stakeholders to continue to do the amazing work and go from strength to strength,” he further added.

BIHER has the distinction of achieving about 25,753 publications, 53,000 citations and 476 patents, and holds the 7th place in the country.