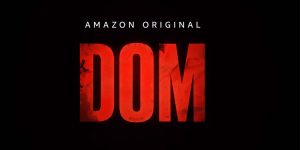 Amazon Prime Video has announced the greenlight for season two of the critically-acclaimed series Dom. The crime drama is inspired by the true story of a father and son on opposite sides of the war on drugs in Rio de Janeiro. Produced by Conspiração, Dom premiered exclusively on Amazon Prime Video on June 4 in more than 240 countries and territories around the world. Not only was the first season of Dom a hit in Brazil, it is also the most-watched Brazilian Amazon Original worldwide, with more than 60% of the series’ audience watching outside Brazil.

The show follows Victor, a young diver who, by a twist of fate, becomes a military intelligence agent and embraces the war on drugs as his life mission. Over the years, he comes to face the disillusionment of an endless war, and watches his own son, Pedro, succumb to the enemy he tirelessly fought against: cocaine. Pedro turns into an addict as well as one of the most wanted criminals in Rio de Janeiro: Pedro Dom.

“Customers throughout Brazil and around the world have shown us they love Dom, so we couldn’t be happier to announce the forthcoming second season, reinforcing how great stories are universal”, said Malu Miranda, Head of Brazil Originals for Amazon Studios. “It’s a pleasure to work with people as talented as Breno Silveira and the entire cast and crew involved in this amazing production, and this announcement reinforces Prime Video’s commitment to bringing customers quality and diverse local content.”

Season two will give audiences a chance to go even deeper into the life of Pedro Dom, and the moments later in his career as one of the most famous criminals in Rio.