Five people have been rushed to hospital, three in critical condition after a stabbing attack at a supermarket in the New Zealand city of Dunedin. Police have apprehended the suspect. According to authorities, the motivation for the attack had not been established but police didn’t have any evidence to suggest it was domestic terrorism. (Photo: AP)

A man began stabbing people at a New Zealand supermarket Monday, wounding five people, three of them critically, according to authorities.

Police said a suspect had been arrested and taken into custody after the incident at a Countdown supermarket in the city of Dunedin. Two supermarket staff members were among those wounded.

People in the store at the time told local media that it was a chaotic scene as people began screaming and running toward the exits. They said some brave shoppers had tried to stop the man and pin him down.

Prime Minister Jacinda Ardern said the motivation for the attack had not been established but police didn’t have any evidence to suggest it was domestic terrorism.

“Needless to say that such an attack is hugely concerning, and I do want to acknowledge the really early reports of courageous acts by bystanders who have taken action in order to protect those around them,” Ardern said. “Our thoughts are with all those affected by this attack.”

Ardern said five people had been taken to Dunedin Hospital with stab wounds or related injuries. 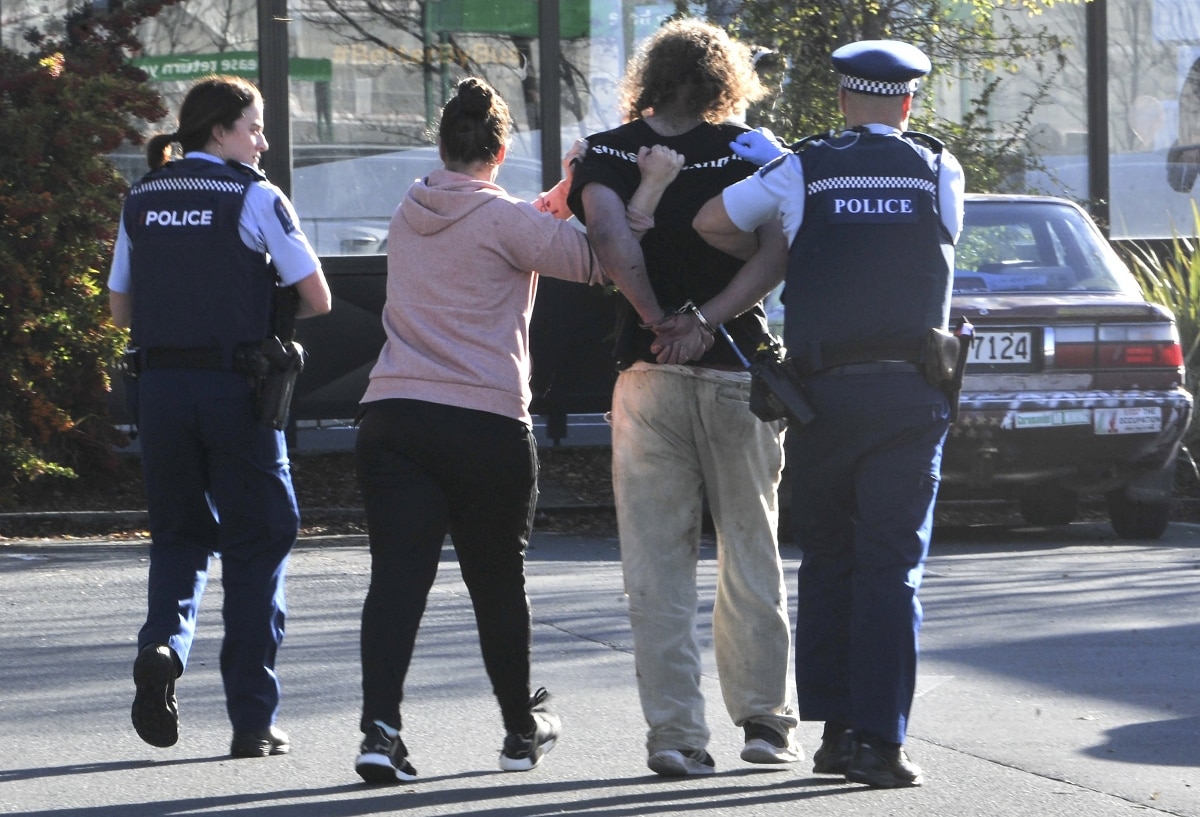 Health authorities said three of the wounded had been admitted to the intensive care unit, a fourth person remained in the general ward at the hospital and the fifth person had been treated and released.

“We are shocked and devastated by the events in our Dunedin Central Store this afternoon,” Countdown said in a statement. “Our priority right now is our injured team members and caring for our wider team in the wake of this extremely traumatic event. We are deeply upset that customers who tried to help our team members were also injured.”

Police said they would be releasing more details on the incident later Monday.