Hopefully if IPL 2021 gets rescheduled, I will be able to go again: Jofra Archer

Jofra Archer missed the first half of IPL 2021 for the Rajasthan Royals after injuring his right hand in a freak accident at his home in January this year, but is willing to return to India if the tournament restarts this year. 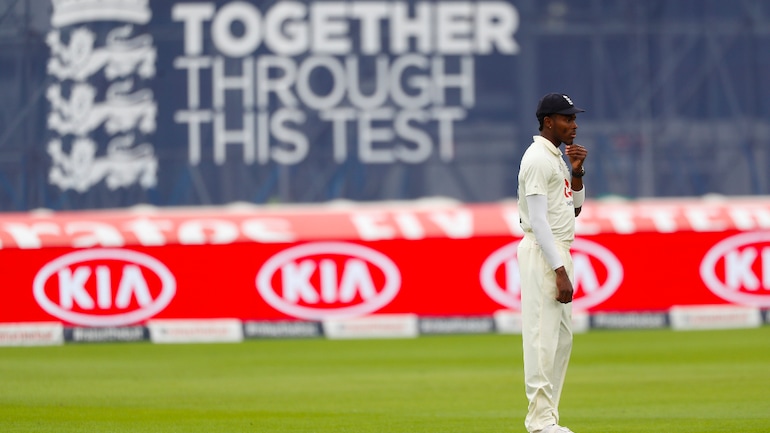 England fast bowler Jofra Archer hopes to return to the Indian Premier League (IPL) if it does resume this year after being suspended by the Board of Control for Cricket in India (BCCI) due to the coronavirus pandemic.

Archer missed the first half of IPL 2021 for the Rajasthan Royals after injuring his right hand in a freak accident at his home in January this year.

Archer underwent surgery to remove a glass fragment from a tendon on his right hand, an injury he sustained in January when an attempt to clean his fish tank went wrong. He was undergoing treatment for a long-term elbow problem at the time.

Archer played the Tests and T20Is in India but returned home for the operation in March, skipping the IPL 2021 which was eventually postponed indefinitely on May 4 after Covid-19 breached the tournament’s bio-bubble, infecting four players, 2 support staff and a bus cleaner among others.

The Jamaica-born 26-year-old is slowly regaining to full fitness and looking forward returning to professional cricket after a brief injury-layoff. Archer said he would be ready to go back to India to play the remainder of the IPL if it restarts this year.

“If I did go to India, I probably would have come home early anyway. Hopefully, if it (IPL) does get rescheduled for this year, I will be able to go again.

“It was a hard decision not to go to India, it was really unpredictable, I could have gone but I don’t know how many games I would have played,” Archer said after being named in Sussex’s 13-man squad for their County Championship match against Kent on May 13.

“Rajasthan Royals and England supported me in my decision. You obviously built a good relationship as I have been with the Royals for the last three years.”

The right-arm fast bowler, who was named in Sussex’s squad on Friday, said he is feeling confident ahead of his return to the sport.

“My fitness is fine. I thought I bowled okay. I played in the (Sussex) second team last week and it’s good to get some confidence and I felt fine.

“I bowled in short spells for protection in case we had a long day but it was overcast, which helped a bit. There was a bit of management, but it all worked out,” Archer said.