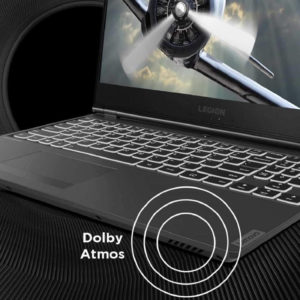 Mumbai: Megastar Amitabh Bachchan on Friday shared the “arduous” process of procuring oxygen concentrators and ventilators for donation as he said every individual effort goes a long way in the fight against the coronavirus pandemic.

Giving an update about the Care Centre at Delhi Rakabganj Gurudwara for which he had donated Rs 2 crore, Bachchan said the facility currently has 300 beds, which will be upgraded to 400.

“This facility is giving succour free of cost – bed care, food medicine and medical care all,” the 78-year-old actor wrote on his blog.

The veteran actor also announced that he had contributed to another COVID care facility in Mumbai’s Juhu, which is now ready and will be operational in a day.

He expressed his gratitude to the government of Poland, the Mayor of the City of Wroclaw, the Ambassador of India at Warsaw and the LOT Polish Airlines for their support in the procurement of oxygen concentrators.

“The general call from the places that were in need of help had been for the urgent need of oxygen concentrators. These are and were difficult to procure. When I was not getting any immediate source to acquire them, my friend and the Indian Consul in Wroclaw stepped forward.

“He at first realising the situation that we were facing was sending a portable O2 concentrator for my personal emergency use, but I dissuaded him. When he insisted I said if you do send it to me I shall donate it to any institute that was in immediate need,” he said.

Bachchan said the Indian Consul in Wroclaw recommended him with the name and details of a Polish Company that manufactures oxygen concentrators and he decided to place an order for 50 units, which will be shipped out on May 15.

“This is most humbling and filled with the true spirit of coming together and demonstrating by extending a helping hand for humanity and for those that suffer,” he said, adding that he will be buying another 50 oxygen concentrators and donating them to a hospital.

Bachchan also said the demand for ventilators has been equally acute and he has placed an order for 20 units.

So far, ten have been delivered to Brihanmumbai Municipal Corporation and a few municipal hospitals in the city, while the remaining will be received by May 25 and distributed to hospitals in need, he added.

“The BMC, when I said I wished to donate something for the cause, told me to not give money, but to get them ventilators. This has been an arduous task as well, but luckily another agency has stepped forward and is helping me with my order,” he said.

“Oxygen concentrators have also been ordered from another source and about 60 of them should be coming in a few days,” he added.

Earlier this week, Bachchan shared a detailed note about some of the charitable work that he has done for COVID-19 relief as well as for farmers and martyrs of the Pulwama terror attack.

The note came in response to his detractors who called out celebrities on social media for not helping people amid the grave health crisis in the country.

Bachchan said he will continue to offer help and assistance to places where it is most needed.

“This is the FIGHT that we must all fight each hour… This fight we need to win and God willing we shall. The fight in its literal meaning is often looked upon as putting on boxing gloves in a ring or a wrestling bout with this virus. That’s a silly approach. The will is the fight,” the veteran star wrote.

“Every individual effort counts… Even if it’s a small drop in the ocean of need… May all our prayers be answered,” he said.

Extending his wishes for the festival of Eid, Amitabh Bachchan said he prays​ for peace, happiness and the safety of everyone.

“EID Mubarak… To all the Ef from different parts of the world and prayers to the Almighty to give us His blessings,” he said.