WTC final: R Ashwin, R Jadeja should play together as both are experienced and can win you games- Pragyan Ojha

Pragyan Ojha, speaking to Sports Today, said that Virat Kohli-led India should field spin twins Ravichandran Ashwin and Ravindra Jadeja together in the playing XI during the forthcoming Test summer in the UK. 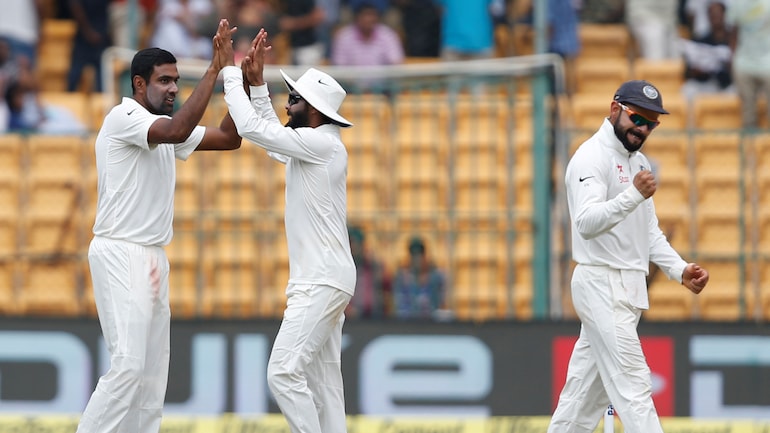 Former India spinner Pragyan Ojha believes both Ravichandran Ashwin and Ravindra Jadeja should play together if there’s a little chance where India can play two spinners on the England tour. Ojha, speaking to Sports Today, asserted that both the players add immense batting depth and are experienced enough to win you matches on any wicket.

Ashwin and Jadeja have been India’s star performers in Test cricket as the spin duo has hunted in packs and dismantled daunting opposition line-ups, especially during India’s home seasons in recent years. However, it becomes tougher for the Virat Kohli-led team management to play both Ashwin and Jadeja when India tour overseas, especially the SENA countries.

“Both of them can play. They should play, both of them. Because both can bat, both have the experience of bowling on any track. The biggest plus point is Jadeja can bat up the order. The way he is performing. Mind you if you look at his domestic record, he’s got three triple hundreds. I think he can bat long and Ashwin has got international hundreds also. I feel if there’s a little chance where you can play both the spinners, you should play. They have enough experience to win you games on any wicket,” Pragyan Ojha told Sports Today in an exclusive chat.

BCCI had announced a 20-member Indian squad for June’s ICC World Test Championship final against New Zealand in Southampton. The same squad will then face hosts England in the subsequent five-match Test series in August-September.

“Overall, it’s a fantastic team. Even I was following Hanuma Vihari. Very thoughtful of him to go and play some county cricket. You know you get used to, you get acclimatized to the conditions. That’s very important,” Ojha added.