England played the most number of Tests in the ICC World Test Championship and finished behind India, New Zealand and Australia in the inaugural edition. 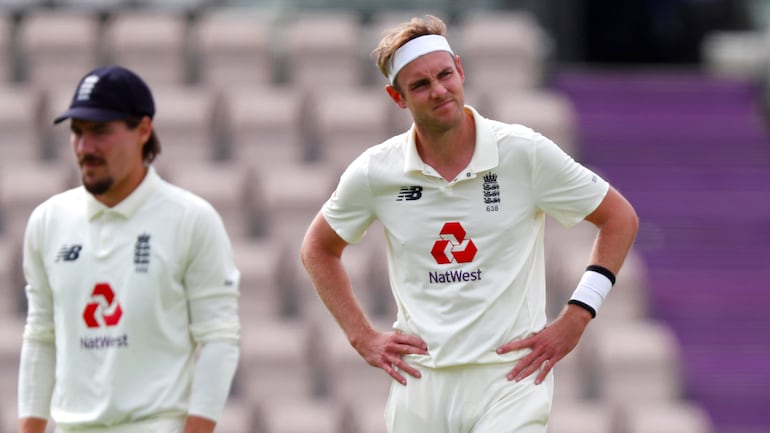 Veteran England fast bowler Stuart Broad found it hard to understand the allocation of points in the inaugural ICC World Test Championship, the final of which will be played in June.

There were 120 points up for grabs in every Test series of the World Test Championship. The number of points for each Test was equal to 120 divided by the total number of matches in the series.

This meant that the winner of a two-match series got 60 points while the victorious team in the 5-match Ashes got 24 points. India and New Zealand qualified for the final with 520 and 420 points respectively.

Broad, even though he supported the concept of the WTC, didn’t seem too pleased with the points structuring during the tournament which began after the 50-over World Cup in August, 2019.

“The World Test Championship is a really good concept, I just don’t think it’s quite right yet. It’s a first-time effort. I can’t quite work out how a five-match Ashes series can be worth the same as India playing Bangladesh for two Tests,” Broad told the ‘Press Association’.

England played 21 Tests in the maiden edition, more than any other team in the maiden edition of the competition, winning 11 and losing 7 to finish with 442 points but they still ended up in fourth position due to their inferior runs per wicket ratio (1.120) than India (1.577), Australia (1.392) and New Zealand (1.281).

India was the most successful team in the competition with 5 series wins out of 6, including the recent one against England in March. New Zealand won 3 out of 5, Australia 2 out of 4 and England 4 out of 6.

“We had an opportunity, but the amount of cricket we play as an England side in the current system makes it very difficult to get into the final,” Broad said.

The final match of the World Test Championship will be played between India and New Zealand at the Rose Bowl in Southampton from June 18.