While Manchester United supporters again protested against the owning Glazer family — facing riot police and new steel barriers to guard the entrances — the Premier League clash against Liverpool went ahead as planned after being called off 11 days earlier when some fans were able to storm the pitch. 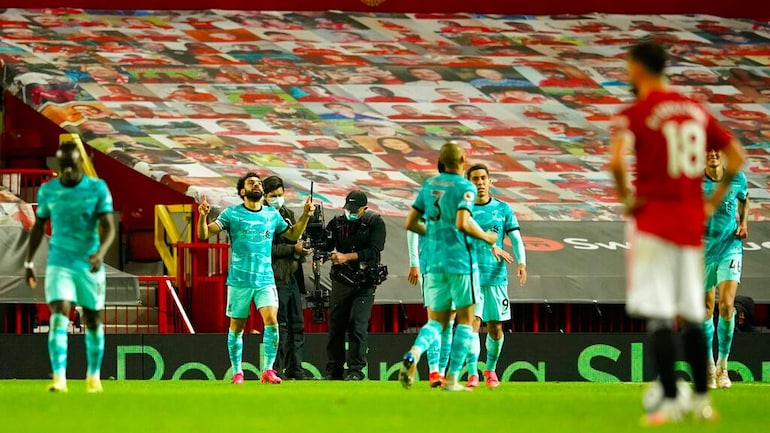 Manchester United manager Ole Gunnar Solskjaer said the disruption to his team’s preparations caused by fan protests was not to blame for his side’s poor performance in their 4-2 home defeat by Liverpool on Thursday.

The Premier League match was re-arranged after fan protests 10 days ago forced a postponement and there was strict security and a heavy police presence around Old Trafford.

United’s players arrived at the stadium over seven hours before the start of the game, having their meal and rest inside the ground, rather than their usual routine of staying at a hotel.

Protesters had indicated on social media that they intended to try to repeat their approach of blocking the team from leaving their hotel and travelling to the ground.

Solskjaer, whose side have now lost two straight home games since the protests began but remain second in the table, was quick to avoid any suggestion of using the situation as an excuse.

“Once we were in it was all focus on the game. But it is a different preparation coming in at noon for a quarter-past eight kickoff, it’s a long time to be here but I thought the boys managed that well,” he said.

“Of course, it disrupted us a little bit so it’s not been ideal but we had to deal with it,” he added.

Solskjaer said Liverpool had been good value for the three points.

“They deserved the win. We conceded goals in key moments of the game. We didn’t build on the momentum or break up their momentum. We gave them at least two goals really. Then we scored again, had a massive chance… Key moments went against us,” he said.

United’s home game against relegated Fulham on Tuesday will see some fans back in their seats and the Norwegian hoped that would create a different feeling.

“Hopefully, when we let the fans in on Tuesday it’s a good atmosphere. We have waited a long time to let them in so we’re looking forward to enjoying the game together.”

United fans have been protesting against the club’s American owners, the Glazer family, with the campaign against them reignited by their involvement in the attempted breakaway European Super League.