World No.3 Rafael Nadal defeated Alexander Zverev 6-3, 6-4 to avenge his loss in the Madrid Open and reach the semi-finals of the Italian Open. 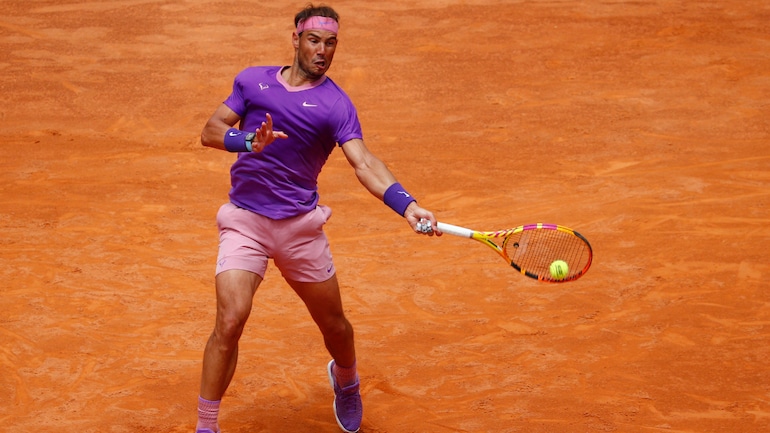 I played a very solid match with not many mistakes: Rafael Nadal. (Reuters Photo)

Nadal’s win ended a streak of three straight losses against the World No. 6 and improved his ATP Head2Head record against Zverev to 6-3. Nadal powered to 4-0 before sixth seed Zverev held serve with the 20-time Grand Slam winner saving breakpoint to take the first set.

Nadal plays American Reilly Opelka for a place in the final for an 11th time as he warms up for the French Open starting on May 30.

“[I am] happy. I played a very solid match with not many mistakes, playing the way that I have to,” Nadal said in his post-match interview. “[It is] an important victory for me against a great player.”

“[I will face] a big chance against a player who has almost an unreturnable serve. [Reilly] is playing well,” Nadal said. “I need to be very focussed with my serve and then try to be ready to accept [the situation] and be [engaged] on the return. That is what I am looking for.”