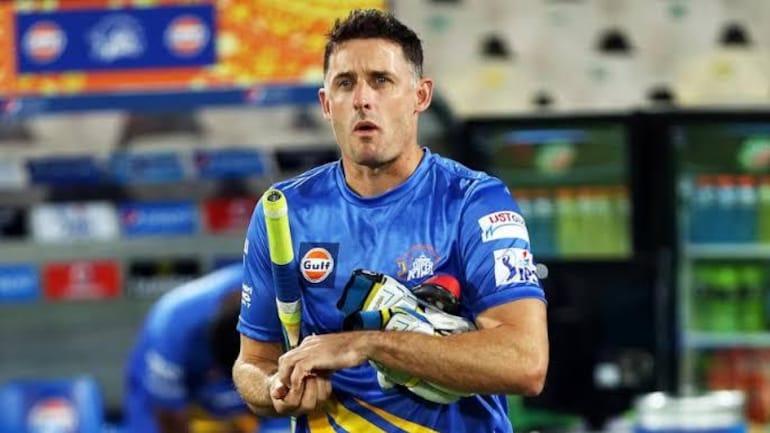 Chennai Super Kings batting coach Michael Hussey has recovered from Covid-19 and is likely to fly back home from Chennai on Sunday. Hussey had first tested positive during the now suspended Indian Premier League (IPL) 2021.

“Hussey has returned with negative RT-PCR results and has recovered well. We haven’t yet decided when he is going to fly back and which route he will take — Maldives or Australia,” CSK CEO Kashi Viswanathan told PTI on Friday.

Hussey was the 7th person associated with the tournament to have contracted the virus during IPL 2021. Except for Hussey, the rest of the Australians participating in the IPL 2021 were “safely transported” to the Maldives on Thursday. Notably, Australia has banned direct passenger flights from India until May 15. The CSK official said the franchise made arrangements for the foreign players of the team to leave by charter planes.

IPL 2021 was being played inside bio-bubbles across 6 major cities in India – Mumbai, Chennai, Delhi, Bengaluru, Ahmedabad and Kolkata. But the bubble was breached and players started testing positive this week leaving the BCCI with no other choice but to suspend the T20 league with immediate effect. CSK were second behind Delhi Capitals (DC) on the 8-team points table when the league was suspended.

Only 29 games were played in the 60-match tournament till Sunday, IPL 2021 was scheduled to be played until May 30. The BCCI is set to lose between Rs 2000-2500 crores for the midway postponement this season.