A 38-year-old man in Southern California took millions of dollars as government aid to small businesses to survive the pandemic and bought luxury cars, including a Ferrari, a Lamborghini and also went on lavish vacations. Authorities seize one of the sports cars bought by Qadiri. (AP photo)

A 38-year-old man in Southern California took millions of dollars as government aid to small businesses to survive the pandemic and bought luxury cars, including a Ferrari, a Lamborghini and also went on lavish vacations.

While Mustafa Qadiri was arrested last week for fraudulently obtaining $5 million of the federal Covid relief funds, he has pleaded not guilty of the charges.

Qadiri has been accused of collecting the funds using phony businesses and then using the money for lavish vacations and to buy a Ferrari, Bentley and Lamborghini.

Mustafa Qadiri was arrested on suspicion of scheming to defraud the Paycheck Protection Program of the US government, which was a means to help small businesses tide over the economic losses caused by the Covid-19 pandemic, reported the Associated Press.

However, Qadiri has pleaded not guilty on Friday to the numerous charges of bank fraud, wire fraud, aggravated identity theft and money laundering. 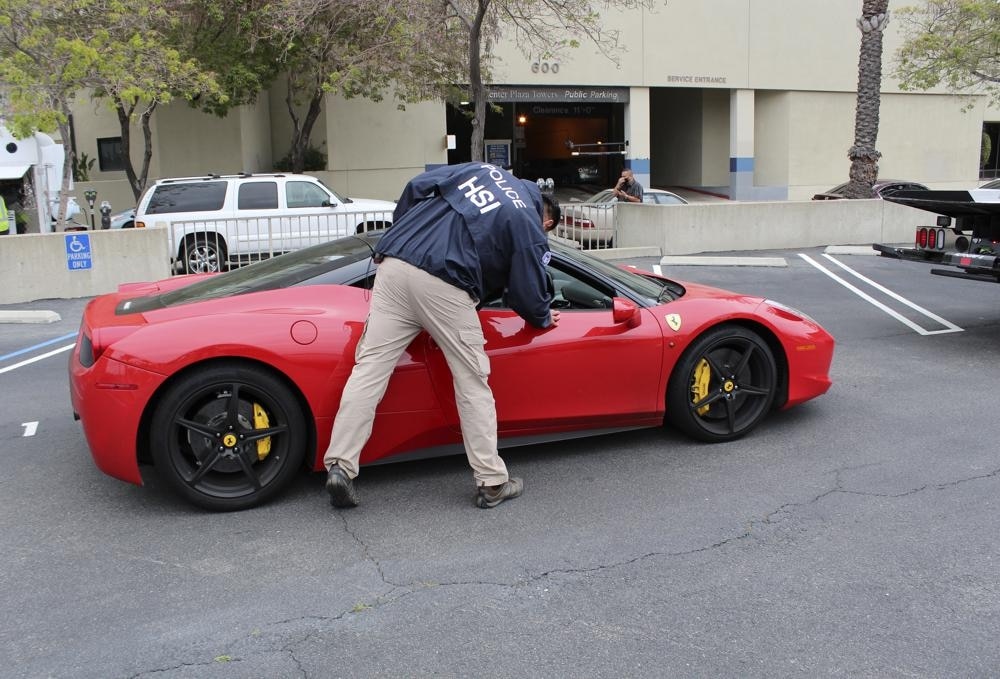 The prosecutors have said Qadiri submitted fraudulent loan applications to three banks based on companies that were found to be non-existent. The papers he submitted included forged bank records, fake tax returns etc.

According to the AP report, Qadiri also used someone else’s name, social security number and signature to apply for one of the loans. He received $5 million in loans that he ended up using to pay for his vacations, sports cars and other expenses.

The authorities have now seized the Ferrari, Bentley and Lamborghini cars along with the remaining $2 million from his bank accounts. Qadiri has been released on a $100,000 bond.

According to The Los Angeles Times, Qadiri’s is not an isolated case and California officials have said at least $11 billion has been fraudulently used in such claims.