The Jiaman mosque in the city of Qira, in the far western Chinese region of Xinjiang, is hidden behind high walls and Communist Party propaganda signs, leaving passersby with no indication that it is home to a religious site.

In late April, during the Muslim holy month of Ramadan, two ethnic Uyghur women sat behind a tiny mesh grate, underneath a surveillance camera, inside the compound of what had long been the city’s largest place of worship.

Reuters could not establish if the place was currently functioning as a mosque.

Within minutes of reporters arriving, four men in plain clothes showed up and took up positions around the site, locking gates to nearby residential buildings.

The men told the reporters it was illegal to take photos and to leave.

“There’s no mosque here … there has never been a mosque at this site,” said one of the men in response to a question from Reuters if there was a mosque inside. He declined to identify himself.

Minarets on the building’s four corners, visible in publicly available satellite images in 2019, have gone. A large blue metal box stood where the mosque’s central dome had once been. It was not clear if it was a place of worship at the time the satellite images were taken.

In recent months, China has stepped up a campaign on state media and with government-arranged tours to counter the criticism of researchers, rights groups and former Xinjiang residents who say thousands of mosques have been targeted in a crackdown on the region’s mostly Muslim Uyghur people.

Officials from Xinjiang and Beijing told reporters in Beijing that no religious sites had been forcibly destroyed or restricted and invited them to visit and report.

“Instead, we have taken a series of measures to protect them,” Elijan Anayat, a spokesman for the Xinjiang government, said of mosques late last year.

Foreign ministry spokeswoman Hua Chunying said on Wednesday some mosques had been demolished, while others had been upgraded and expanded as part of rural revitalisation but Muslims could practise their religion openly at home and in mosques. Asked about restrictions authorities put on journalists visiting the area, Hua said reporters had to try harder to “win the trust of the Chinese people” and report objectively.

Reuters visited more than two dozen mosques across seven counties in southwest and central Xinjiang on a 12-day visit during Ramadan, which ended on Thursday.

There is a contrast between Beijing’s campaign to protect mosques and religious freedom and the reality on the ground. Most of the mosques that Reuters visited had been partially or completely demolished.

China has repeatedly said that Xinjiang faces a serious threat from separatists and religious extremists who plot attacks and stir up tension between Uyghurs who call the region home and the ethnic Han, China’s largest ethic group.

A mass crackdown that includes a campaign of restrictions on religious practice and what rights groups describe as the forced political indoctrination of more than a million Uyghurs and other Muslims began in earnest in 2017.

China initially denied detaining people in detention camps, but has since said they are vocational training centres and that the people have “graduated” from them.

The government says there are more than 20,000 mosques in Xinjiang but no detailed data on their status is available.

Some functioning mosques have signs saying congregants must register while citizens from outside the area, foreigners and anyone under the age of 18 are banned from going in.

Visiting reporters were almost always followed by plainclothes personnel and warned not to take photographs. 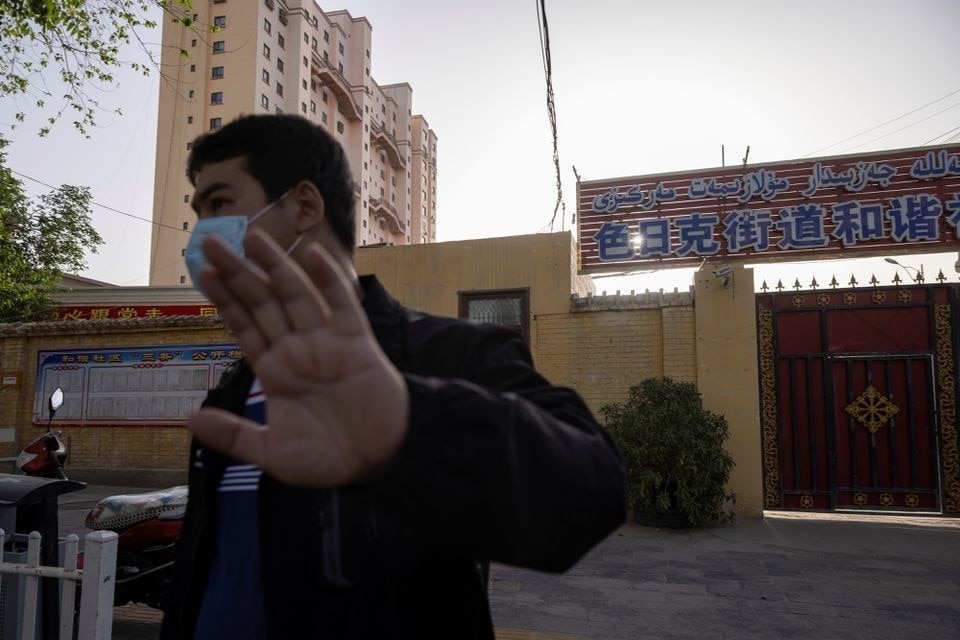 A Han woman, who said she had moved to the city of Hotan six years ago from central China, said Muslims who wanted to pray could do so at home.

“There are no Muslims like that here anymore,” the woman said, referring to those who used to pray at the mosque. She added: “Life in Xinjiang is beautiful.”

Some state-sanctioned mosques are shown off to visiting journalists and diplomats, like the Jiaman Mosque in Hotan.

“Everything is paid for by the party,” said a Hotan official at the mosque on a visit arranged for Reuters by the city propaganda department.

The official, who went by the nickname “Ade” but declined to give his full name, said men were free to pray at the mosque five times a day, according to Islamic custom.

While reporters were there, several dozen men, most of them elderly, came to pray as dusk fell. Afterwards, they broke their fast with food provided by the local government.

The mosque, more than 170 years old, is one of four in the region earmarked as cultural relics, with funds for renovation from the central government, the Xinjiang government said.

As the mosque’s leader or imam removed his shoes, Ade demonstrated a machine given by the government that shrink-wraps shoes in plastic.

“Now you don’t even need to take your shoes off in the mosque, it’s very convenient,” he said.

In Changji, about 40 km west of the regional capital, Urumqi, green and red minarets of the city’s Xinqu Mosque lay broken below a Chinese flag flying over the deserted building’s courtyard. 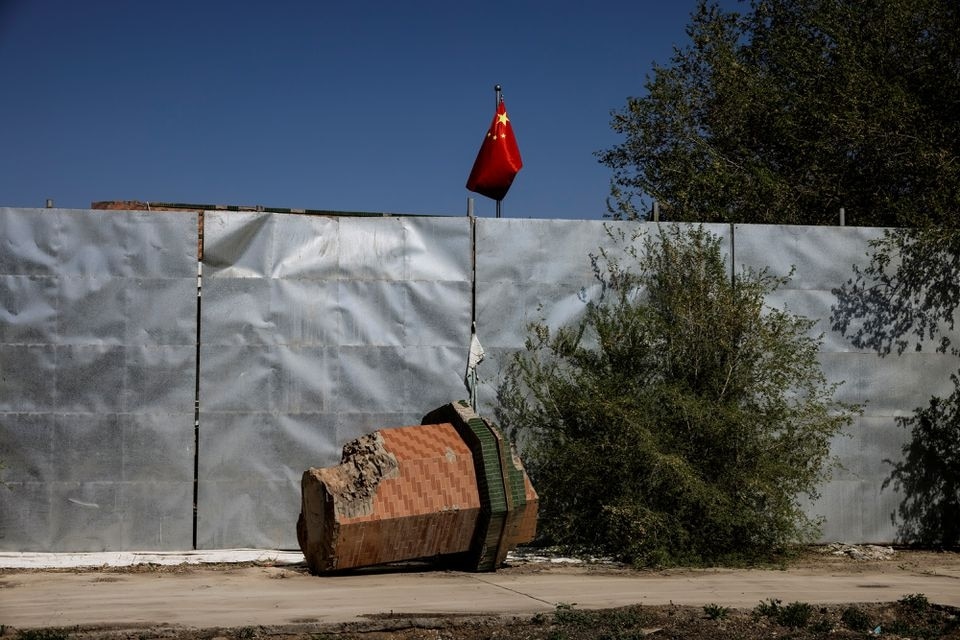 Reuters analysed satellite imagery of 10 mosques in Changji city and visited six of them.

A total of 31 minarets and 12 green or gold domes had been removed within a period of two months after April 2018, according to dated images.

At several mosques, Islamic architecture was replaced with Chinese-style roofing. These included Changji’s Tianchi road mosque, whose gold dome and minarets were removed in 2018, according to publicly available satellite images.

The Xinjiang government did not respond to a request for comment on the state of mosques in the region.

Researchers at the Australian Strategic Policy Institute estimated in 2020, after a survey of 900 Xinjiang locations, that 16,000 mosques had been partially or completely destroyed over the previous three years.

Signs outside the Xinqu Mosque, with the crumbling minarets, said a housing development would soon be built on the site.