President Joe Biden was sworn in as the 46th president of the United States at a time when strategic partners New Delhi and Washington are both wrestling with internal issues of their own. For Biden, it is more than just a pledge to restore the “soul of America” scarred by the January 6 insurrection on Capitol Hill by the far-right. He not only has to battle the Covid-19 pandemic but also plug America back into the global order, especially on its commitment to fighting climate change. Biden is a longstanding friend of India and has advocated deeper ties between the two democracies. As chairman of the Senate Foreign Relations Committee in 2001, he pushed for India to be taken off the list of sanctions, and in 2008 helped steer the Indo-US civil nuclear agreement through the upper house. A friend certainly, but someone who could be terribly distracted by internal issues. India is not only battling an economic contraction but also a protracted face-off with China on its borders and, more worryingly, a strategic nexus between Beijing and Islamabad. This has resulted in its armed forces being on an extended period of alertness on both fronts ever since the Chinese PLA (People’s Liberation Army) made incursions into Ladakh last May. The Donald Trump administration, which unequivocally backed India on the Ladakh standoff, outlined its priorities in a recently declassified National Security Council (NSC) memo, the ‘US Strategic Framework for the Indo-Pacific’. ‘A strong India, in cooperation with like-minded countries, would act as a counterbalance to China,’ the note stated. The US would support India through diplomatic, military and intelligence channels to help address continental challenges, such as the border dispute with China and access to water, including from the Brahmaputra and other rivers being diverted by China. There is, of course, the Trumpian dichotomy-strategic relations flourished, but the two countries battled over trade and imposed tariffs on bilateral exports.

Biden was vice-president in the Barack Obama administration, which also used the policy of counterbalancing China with India, but more subtly. How assertive Biden will be on China vis-à-vis India remains to be seen. Over half the respondents in the latest India Today Mood of the Nation (MOTN) poll believe Biden will be good for India. The optics of his team, which banks on an unprecedented number of Indian-Americans, is certainly astonishing. Kamala Harris is the first person of Indian origin and African-American to be US vice-president. Twenty other Indian-Americans are set to get key roles, 17 of them in the White House. On mission: An Indian Army convoy moves on the Srinagar-Leh highway, Sept 2020

India’s border challenge from China is unlikely to go away anytime soon. Eight rounds of talks have failed to break the logjam in Ladakh, where about 100,000 Indian and Chinese troops remained deployed through a brutal winter. About 57 per cent of MOTN respondents said negotiations were the way forward to resolve the crisis. This is diametrically opposite to the August 2020 MOTN, when 59 per cent favoured war. A high 59 per cent felt India has given a befitting reply to China (since the standoff), though it’s a 10 percentage point dip from the August 2020 MOTN. About 64 per cent believe the Narendra Modi government had presented a clear picture on the Chinese aggression. Anti-China sentiment continues to prevail. In August 2020, an overwhelming 84 per cent of the respondents believed Chinese president Xi Jinping had betrayed PM Modi and 90 per cent supported the Indian government’s ban on Chinese apps. In the latest MOTN, 82 per cent favour the ban on Chinese goods and mobile apps. On India’s bilateral ties, 47 per cent of the respondents say relations with Sri Lanka, Bangladesh and Nepal have improved over the years. India’s other security headache, Pakistan, continues to dominate mindspace. Bilateral relations are at one of their lowest points in decades ever since India revoked Jammu and Kashmir’s special status by repealing Article 370 in August 2019. Continuing Pakistan-sponsored terrorism has meant that prospects of dialogue between the two sides are bleak. Forty-eight per cent of the respondents say India should undertake dialogue with Pakistan if it acts against terrorists. “The whole world knows the truth about Pakistan and its role in supporting terrorism,” Anurag Srivastava, spokesperson of the external affairs ministry, said at an official briefing last October. “No amount of denial can hide this truth. The country that provides shelter to the maximum number of UN-proscribed terrorists should not even attempt to play victim.” 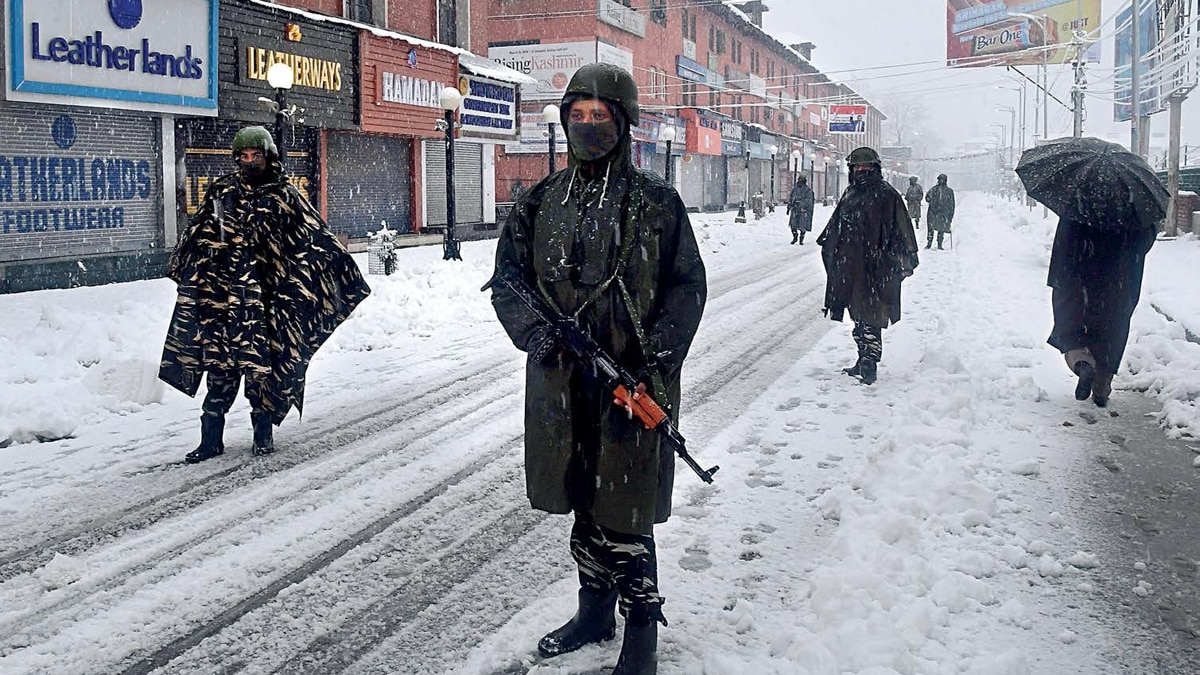 The larger issue of China-Pakistan collusion remains a matter of concern for Indian security planners. This threat has existed ever since Beijing, under Chairman Mao Zedong, and Islamabad drew closer in the late 1960s. Under Xi Jinping, the most authoritarian Chinese leader since Mao, the relationship has taken on a military-economic embrace. Investments in the China-Pakistan Economic Corridor, amounting to over $62 billion (Rs 4.5 lakh crore), may not seem to be yielding the promised returns presently, but they signal Beijing’s commitment to a permanent presence on India’s western flank as well. Both Pakistan and China have increased their level of military cooperation, carrying out tri-services exercises, imports of Chinese military hardware by Pakistan and intelligence sharing. Sixty-three per cent of the MOTN respondents say they are worried about a China-Pakistan nexus threatening India’s security. And the Beijing-Islamabad embrace is clearly one of the main reasons why New Delhi needs friends in Washington.