WV Raman, the outgoing coach of India women’s cricket team has congratulated former India cricketer Ramesh Powar who will be taking over his role. Raman said that he was looking forward to seeing the girls “soar under his guidance”. 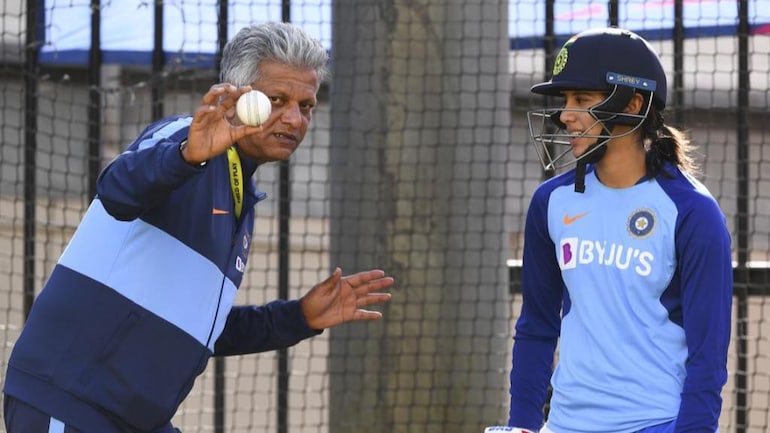 WV Raman, the outgoing head coach of Indian women’s cricket team, has congratulated Ramesh Powar, who replaced him in the role. Raman, who guided India Women to the final of T20 World Cup in 2020, was one of the 8 candidates shortlisted by Madan-lal led Cricket Advisory Committee (CAC).

After interviews conducted over two days, Madan Lal, Sulakshana Naik and RP Singh reached to a conclusion that Ramesh Powar was the best suited person to guide India Women in the future.

WV Raman, in a great gesture was quick to congratulate the former India cricketer.

“All the best @imrameshpowar with the @BCCIWomen in this spell.. Look forward to seeing the girls soar under your guidance,” WV Raman tweeted.

All the best @imrameshpowar with the @BCCIWomen in this spell.. Look forward to seeing the girls soar under your guidance..

The first assignment of the newly-appointed coach will be the England tour where India women will play a Test, 3 ODIs and as many T20Is. The one-off Test starts in Bristol on June 16. The selectors are expected to announce the squad for the England tour in the coming days and the team is expected to fly to England along with the men’s cricket team after completing the mandatory quarantine period.

A former international, Powar played 2 Tests and 31 ODIs for India. Post his playing career, he took up cricket coaching and is an ECB Level 2 certified coach and has also attended BCCI-NCA Level 2 coaching course. A former coach of the Indian Women’s Team from July-November 2018, it was under him that India qualified for the semi-final of the ICC T20 Women’s World Cup in 2018 and also won 14 T20 matches in a row.

He recently coached the Mumbai senior team that won the Vijay Hazare Trophy and has worked at the National Cricket Academy as a Bowling Coach.