New Delhi: A host of trains run by the Indian Railways will stand cancelled. These trains will remained cancelled amid the surge in the cases of Covid across the country and also due to poor patronisation.

Northeast Frontier Railway has tweeted that the trains will be fully cancelled till further advice and has regretted passenger inconvenience. 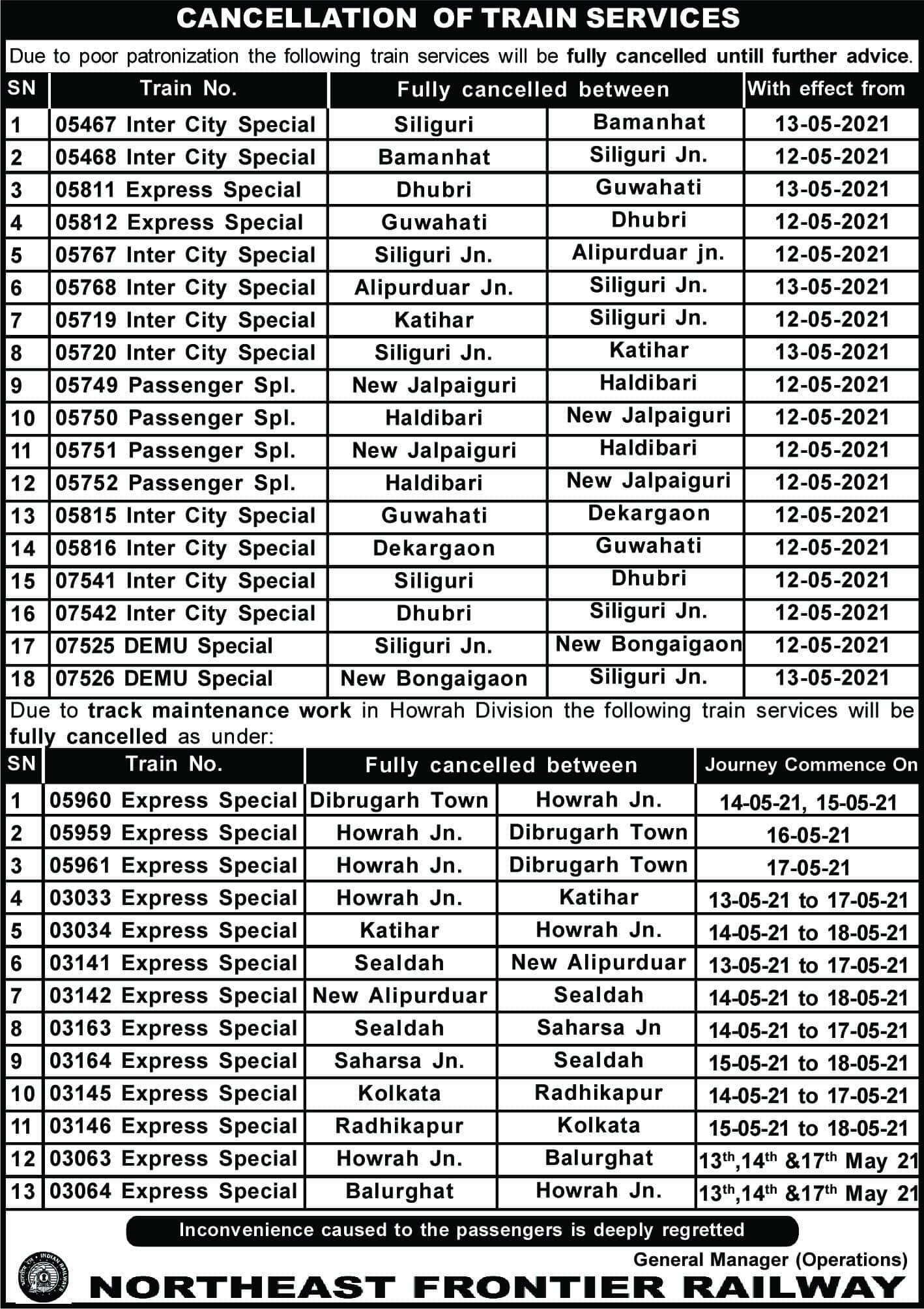 Various railway networks have in the recent weeks cancelled trains due to poor patronization.

Last week eastern Eastern Railways decided to discontinue 16 trains from May 7 due to poor patronization. In a tweet, Eastern Railway has requested passengers to plan their journey accordingly and has regretted the Inconvenience.

It may be recalled that in April, considering the severity of the situation in the aftermath of the second wave of COVID-19 and also owing to low passenger load, the Indian Railways has decided to cancell 40 train services.