India very good at creating sideshows, we got distracted by them: Australia captain Tim Paine

Tim Paine pointed fingers at India’s reported reluctance to go to Brisbane for the final Test as one of the instances of the visiting team trying to distract them. Australia were beaten at the Gabba as Paine’s side lost the 4-Test series 2-1 to India. 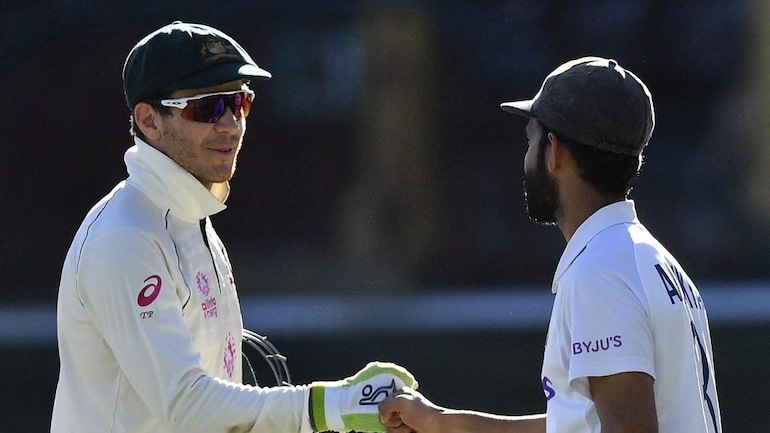 Australia captain Tim Paine has said his side allowed themselves to be distracted by India’s “sideshows” during the intense 4-Test series which the visitors won in a dramatic fashion earlier this year.

Tim Paine received a lot of flak after his side went 2-1 against a depleted Indian side which was without captain Virat Kohli after the first Test wherein the visitors were bundled out for 36, their lowest-ever Test score. India bounced back, hammering Australia in Melbourne before they sealed a heroic draw in Sydney, denying Australia with some gutsy batting on a Day 5 pitch at the SCG.

The problems got bigger and bigger for India as they were without even one of their frontline bowlers for the fourth and final Test at the Gabba, where Australia hadn’t lost a Test since 1988. However, Rahane’s men breached the Gabba fortress, sealing an emphatic win after chasing down 329 on the final day.

Australia bowlers looked deflated on the final day and captain Tim Paine was far from impressive with his glovework and tactics. Australia lost the series 2-1 as India won their second successive series on Australian soil.

Paine, speaking to the press in Australia on Thursday, has pointed fingers at reports of India unwilling to go to Brisbane for the final Test as one of their efforts to distract the host team. While there was speculation about India’s reluctance over quarantine rules in Brisbane, none of the players or the team management said they would not travel to Queensland. Eventually, the final Test went ahead at the Gabba only to see Australia losing their fortress.

“Part of the challenge of playing against India is they’re very good at niggling you and trying to distract you with stuff that doesn’t really matter and there were times in that series where we fell for that,”Tim Paine said, as quoted by news.com.au.

“The classic example was when they said they weren’t going to the Gabba so we didn’t know where we were going. They’re very good at creating these sideshows and we took our eye off the ball.”

After winning the series in Australia, India returned home to a hero’s welcome. They lost the first of a 4-Test series against England at home but bounced back to win the series 3-1 and book a place in the final of the World Test Championship.

Virat Kohli’s men will travel to England in the first week of June and complete the mandatory quarantine period before taking on New Zealand in the World Test Championship final in Southampton from June 18.