India are on top of the ICC Test Rankings after the annual update on May 13. Virat Kohli’s men will take on 2nd-placed New Zealand in the final of the World Test Championship in June. 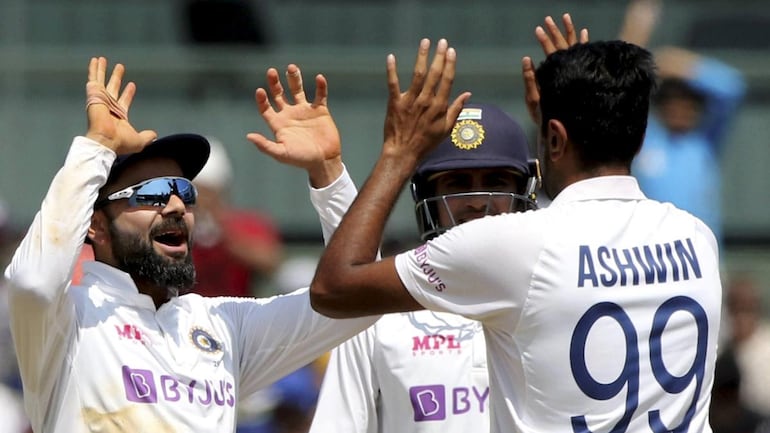 Virat Kohli’s Team India retained the No. 1 spot in the International Cricket Council (ICC) Test Rankings after the annual update on Thursday, May 13. India are on top of the charts with New Zealand at the 2nd spot with the two team set to meet in the final of the World Test Championship in June in England.

India have gained one rating point for an aggregate of 121 and New Zealand are only one point behind after gaining two points in Thursday’s update, which eliminates results from 2017-18. The latest update, which rates all matches played since May 2020 at 100 per cent and those of the previous two years at 50 per cent, according to an ICC release.

Notably, India were able to retain the top spot, thanks to their famous 2-1 series win in Australia. India also hammered England at home 3-1, coming back from a massive defeat in the series opener in Chennai. New Zealand are at the 2nd spot after having beaten West Indies and Pakistan 2-0 at home.

Pakistan have gained three points but remain in fifth position while the West Indies, who beat Bangladesh 2-0 and drew 0-0 with Sri Lanka in series played this year, have moved from eighth to sixth, their best position since 2013.

South Africa are in seventh position, equaling their lowest in Test ranking history, while Sri Lanka are next on the list. Bangladesh have lost five points but remain in ninth position while Zimbabwe have gained eight points but are still nine points behind Bangladesh.

Meanwhile, New Zealand captain Kane Williamson is at the top of the ICC Batting Rankings in Tests. India skipper Virat Kohli is at the 5th spot while Rishabh Pant and Rohit Sharma are tied on the 6th place. Steve Smith is at the 2nd spot while Marnus Labuschagne and Joe Root retain the 3rd and 4th spots.