Whether the Golden Quadrilateral project of the ’90s or the Bharatmala Pariyojana in 2017, which envisages the development of economic corridors, inter corridors, feeder routes and greenfield expressways, India has followed a consistent road to development. Union road, transport and highways minister Nitin Gadkari has set a target of developing 60,000 km of roads in the next five years and to take the rate of highway-building from 32 km a day to 40 km. The government has allocated Rs 111 lakh crore under the National Infrastructure Pipeline (NIP) for FY2019-25, with the road sector making up 18 per cent of the capital expenditure. While the BOT (build-operate-transfer) model will be revived for some projects, the government will have to think of creative financing models given the ambitious NIP targets. Corporate investment in roads and shipping is expected to get a boost. According to data from the Department for Promotion of Industry and Internal Trade, the construction development sector attracted FDI inflow worth Rs 25,000 crore between April 2000 and March 2020. 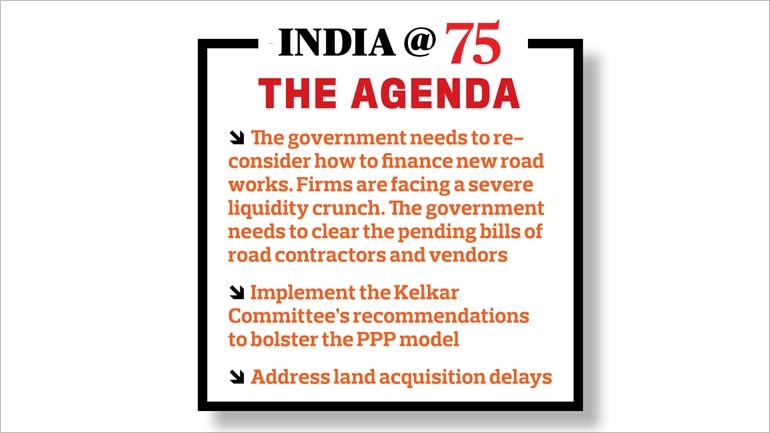 The big challenge for the government is to increase capital expenditure at a time when it is facing a severe revenue crunch owing to the pandemic. Land acquisition issues also need to be sorted out so that the construction sector becomes more investor-friendly.