Going with the stream – Nation News

Old is the gold standard when it comes to films, but OTT stars are gaining viewers’ attention, as our MOTN survey attests. Amitabh Bachchan emerged as No. 1 second time in a row, with 29% respondents backing him against 23% in August 2020.

The year 2020 was a bellwether one for the Indian entertainment industry. With cinemas shut for eight months, OTT platforms had a field day, capitalising on the captive audience. The change in viewing patterns also means that for the first time, India Today’s Mood of the Nation poll asked respondents to identify their favourite actors in both films and web series.

On the film front, old was the gold standard. Amit­abh Bachchan, 78, raced past Akshay Kumar after tying with him in the August 2020 edition. A month after recuperating from the coronavirus, the actor was back on set to host the popular quiz show, Kaun Banega Crorepati. Bachchan’s streaming debut Gulabo Sitabo was also received warmly, while Akshay’s Laxmmi got the thumbs down. Still, it shouldn’t sully his reputation given that he’s the de facto face for the ruling dispensation’s initiatives such as donations for the new Ram temple in Ayodhya. 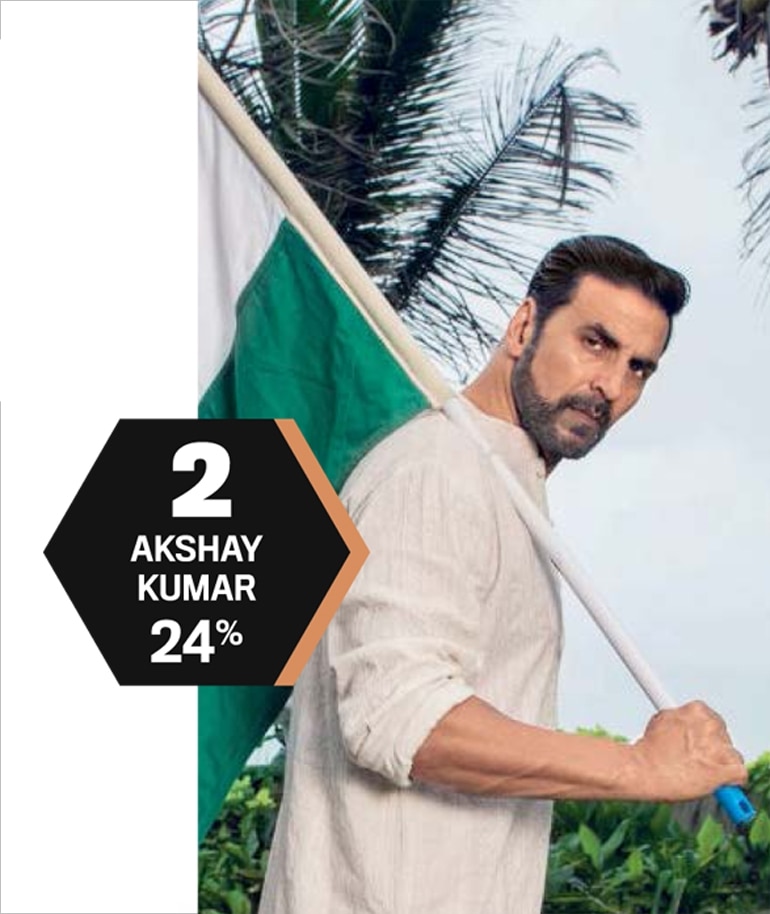 Among the actresses, Deepika Padukone continued her dominance in the MOTN survey, with her upcoming projects-Pathan (with Shah Rukh Khan), Fighter (oppo­site Hrithik Roshan) and another with Prabhas-proof that she’s the most wanted one. Priyanka Chopra-Jonas’s growing footprint in Hollywood saw her finish second; she will be seen next in the fourth instalment of the Matrix franchise. The biggest climber in the rankings was Kangana Ranaut whose 2020 was mostly one long rant against “Bullywood”, the farmers’ agitation and whatever else got her goat. On the OTT front, besides giving a platform to unknown talent, actors like Sushmita Sen (Aarya) and Bobby Deol (Aashram)-who topped the new MOTN survey for OTT-got another shot at a comeback. 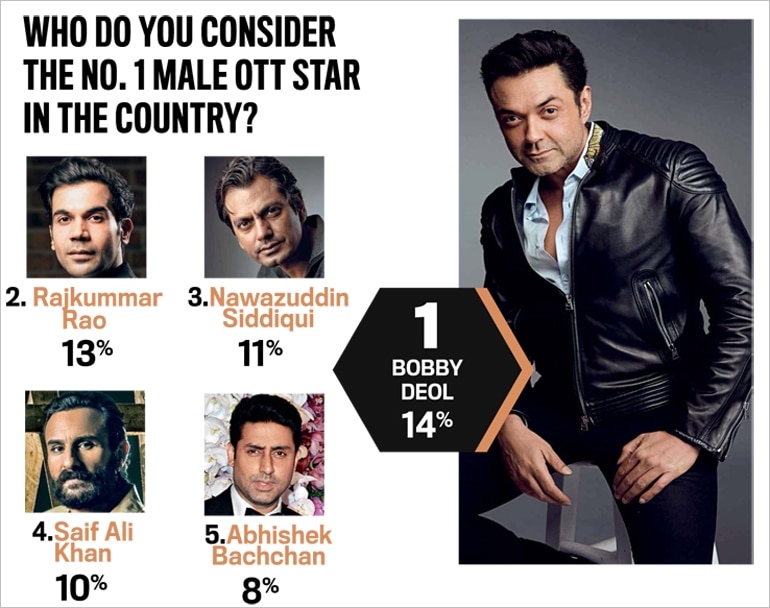 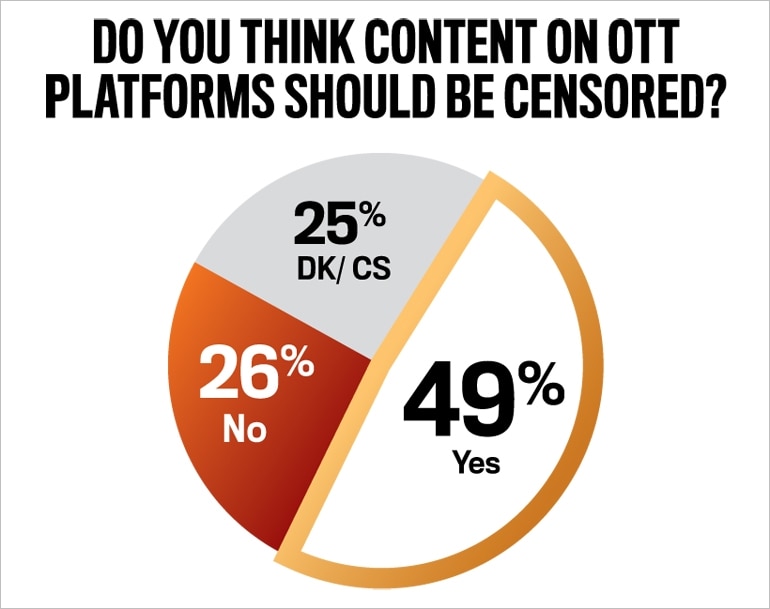 Meanwhile, even as audiences embrace OTT shows and new content ungoverned by formulaic tropes, a latent censor seems to be emerging; 49 per cent MOTN respondents felt that streaming content should be ‘regulated’ much like how films are. The sentiment is a reflection of the growing influence of OTT, which was brought under the supervision of the I&B ministry in October 2020. That OTT avoids scissorhands has been the main lure for creators vis-à-vis films and television. They may soon find that the 2020 euphoria was short-lived.