Fit and available Shreyas Iyer walks in as captain and bats at No. 3 when IPL 2021 resumes: Aakash Chopra 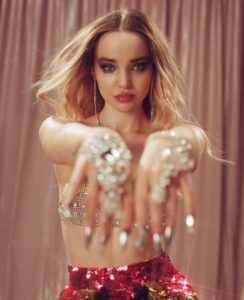 Former India opener Aakash Chopra has said that a fit and available Shreyas Iyer will definitely walk in as the skipper of Delhi Capitals when the postponed IPL 2021 resumes. Chopra added that Iyer will make a strong DC side even stronger. Shreyas Iyer if fit and available, will walk in as the captain of Delhi Capitals side when the postponed IPL 2021 season resumes, former India opener Aakash Chopra has said.

The cricketer-turned-commentator was answering to a fan question in which he was asked if Shreyas Iyer can lead DC mid-season. Notably, Rishabh Pant captained the side in their first eight league matches as regular captain Iyer was ruled out due to a shoulder injury. He underwent a surgery in early April and is expected to stay out of action for 3 to 4 months.

Aakash Chopra said that there was no rule stating that a player cannot make a comeback once ruled out after an injury. The former Delhi batsman added that the 26-year-old will “undoubtedly” walk in as a captain and bat at number 3 to make an already strong DC squad even stronger.

“Hundred percent man. There is no doubt in it. Fit and available, Shreyas Iyer walks in as a captain, bats at No.3. Then you can play Nortje alongside Rabada, Shimron Hetmyer, Marcus Stoinis. Suddenly the Delhi team, which is already very strong and is at No.1 at the moment, will become even more strong.

“Rules are definitely not like that once you are ruled out, you cannot come back. When fit and available, come back and play,” Chopra said on his YouTube channel.

Delhi Capitals are currently leading the points table with 6 wins in 8 matches. However, they have also played a match extra than rest of the 7 teams.

Shreyas Iyer took over DC’s captaincy from Gautam Gambhir during the IPL 2018. The next year he led the Capitals to the play-offs for the first time in 7 years. In IPL 2020, Iyer-led Delhi made their first-ever final appearance in the league.